How to determine the coordinates of a point on the map

It is often necessary to pass information about the location of any object to another person. In any case, the most accurate will be the information containing the geographic coordinates of the place. But first they need to identify. 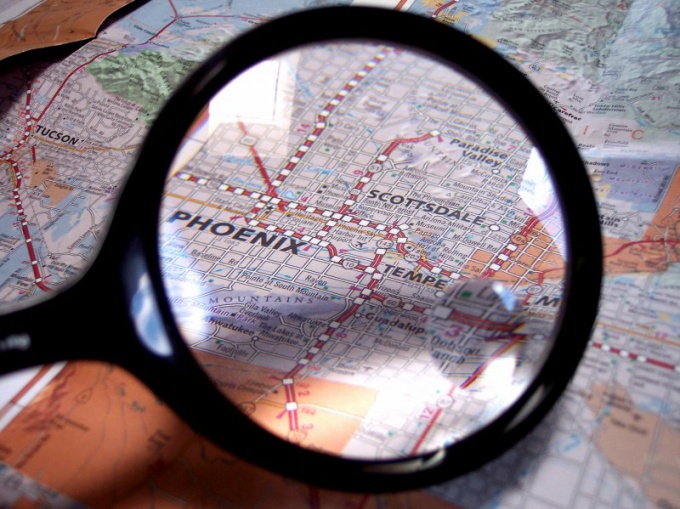 Related articles:
You will need
Instruction
1
Every coordinate system must have a point of reference and at least two axes of abscissa and ordinate. On Earth the x-axis is the equator line equidistant from the North and South poles and divides the globe in half. The second axis is the y – coordinate is conventionally adopted for starting the Greenwich Meridian. The distance North or South of the equator and East or West of the Meridian in degrees from 0 to 90 and 0 to 180 respectively, and will determine the coordinates of the point.
2
Each map displays the scale of the earth's surface on a plane in Mercator projection. For convenience, the card is divided into Parallels and meridians. Parallels are horizontal lines of the equator. Meridians are plotted vertically and on the map they, in turn, also parallel to each other and the zero Meridian.
3
Decide in which hemisphere this object is located – North or South, East or West of Greenwich. Depending on the required accuracy will determine the scale of the map. For example, it is the Northern hemisphere East of the zero Meridian.
4
Locate the selected card required object. Take a meter and put one leg to the desired point, and the other, extending, bring to below lying parallel. Move the meter without knocking the raster to the left or right edge of the card.
5
On the coordinate scale, place one leg of meter on the same parallel. Count the number of minutes or seconds to the place where stood the second needle, and add them to the number indicated on Parallels. Record the coordinate, for example: 50 degrees, 35 minutes, 20 seconds North latitude.
6
In the same way with a meter lock removing the point from the nearest line to the left of the Meridian. Move the raster to the top or bottom coordinate of the scale. Add the deletion to the value on the Meridian and note. For example: 96 degrees, 15 minutes, 26 seconds East longitude. Coordinates removed.
Is the advice useful?
See also
Подписывайтесь на наш канал