How to convert coordinates

Before the advent of satellite navigation systems from the Russian, by the nature of its activities not associated with geodesy and cartography, questions about translation of coordinates usually do not arise. On Soviet maps existed system of standards. Then became available to Western paper maps, and now many use a public network or even navigation devices. And it turned out that different countries use different systems, and coordinates need to be recalculated. 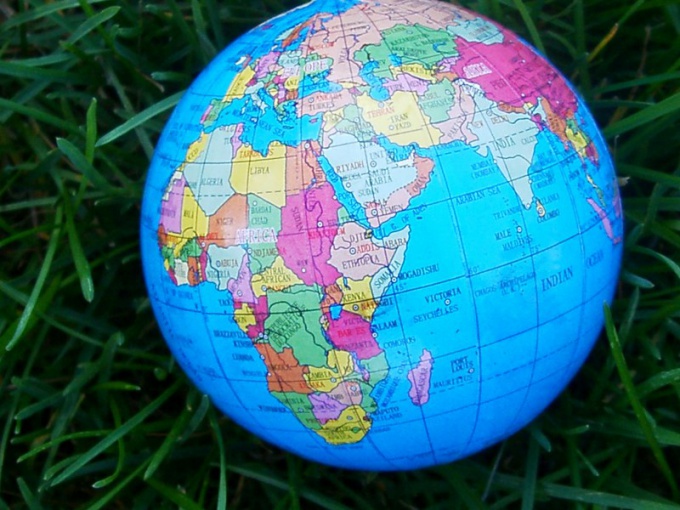 Related articles:
You will need
Instruction
1
Let's see what country and at what time the published map. In different cases, the Land taken for different geometries. For old maps our planet is often taken for a ball, and this form is rather arbitrary.
2
More accurately the shape of the Earth corresponds to the ellipsoid. To represent the surface of a parcel, grab a biaxial ellipsoid. Slide it and turn to a piece of his imaginary shell to accurately match the surface of the earth in your country or in your region. This is the method most often used in cartography.
3
After determining the angle and distance that you offset the ellipsoid in relation to the original, you will get a datum, that is, the coefficient adopted for this country. Variants of the ellipsoid quite a lot.
4
The standard system is adopted ITRE - "international terrestrial reference frame". Attached to it the American system WGS and Russian "PZ" - "Position of the Earth." All of them have changed and became more accurate. Now they are almost the same.Note that the coordinates in the reference system, designed to link together in a different datum, measured in metres, not degrees, as on old maps.
5
Each country has its own base point. It is known to all object coordinates which can be used to determine astronomical methods. It is constructed from the geodetic network. For this purpose, various types of theodolites can measure angles. This method is called method triangulation.
6
To recalculate the coordinates, you need to know the datum for the country. Defined in degrees coordinates in a Cartesian system. Rotate and slide the system given the datum.Calculate the indices of coordinates on the ellipsoid and apply them again in degrees. Applied parameter conversion formula Helmert or Molodensky formula, where you set five parameters. In the first case, you need to know three parameters for offsets and angles and scale factor. To translate the coordinates back to degrees, you need to know the extent of the polar compression of the ellipsoid and its diameter. In each country there are standards for conversion information.
7
When using the Navigator to recalculate it manually is not necessary. You need to know the coordinates of the WGS of the three data points and the ellipsoid. Translate the coordinates by using computer programs. For example, distributed under the terms of free software InvMol or OziExplorer . Create a datum by specifying the parameters of the ellipsoid. As coefficients are set to zeroes. Attach your card to the datum.
8
Find three points in the same datum enter their coefficients. Find coordinates of the necessary points in WGS. This can be done, for example, using GoogleEarth, if it is not possible to take measurements on the spot using the Navigator.
9
Count readings in seconds. To do this, multiply the degrees by 3600, minutes by 60 and all fold.Enter data into the program. You have obtained the coefficients, which must be entered instead of zeros in datum. Do this and restart the program. Check the alignment of the points.
10
Program PHOTOMOD GeoCalculator is also distributed free of charge. In order to use it, you need to know how the system is set the coordinates and what they need to be translated. Data can be loaded from a text file, appropriately preparing it. The document consists of four columns, which indicate the name, latitude, longitude, and altitude of a given point. As delimiters of the columns using commas and the decimal part of the number separated by dots. The desired coordinate system can be selected in the special window. You will not only get the data you need, but also the date for a given country, the full name of the coordinate system, information about the Prime Meridian, etc.
Is the advice useful?
See also
Присоединяйтесь к нам
New advices