How to make the most of the chess pieces

Chess pieces made from many different materials – from plastic to bone. Depending on the characteristics of the finish these kits can be used as a road or become a very expensive gift. Chess, suitable for your purposes, you can do with your hands. You can use the traditional form or, learning to sculpt simple shapes to create decorative sets for gifts to friends. 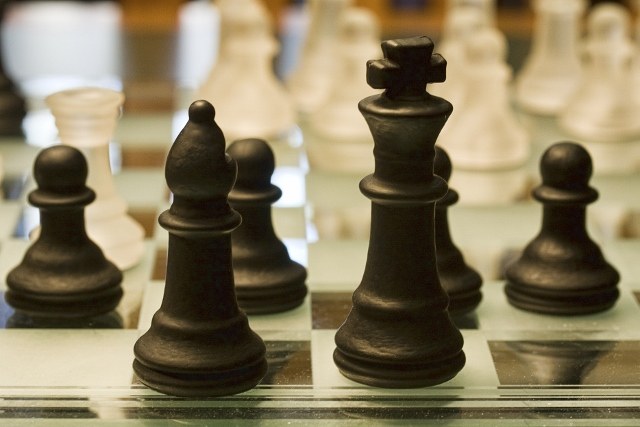 Related articles:
Instruction
1
At home the chess pieces can be made of plastic, clay or salt dough. Preparation and treatment of the latter is the most simple.
2
Mix a Cup of flour, half a Cup of salt and three fourths Cup of water. Separate half of the batter and add cocoa or coffee.
3
The finished dough thoroughly mash. So you remove the air bubbles, which make the finished product when dry can crack.
4
Roll a cylinder of diameter slightly less than the value of cells on the chessboard. Stack cut it into circles with a thickness of about 1 cm They will be holders for all shapes.
5
Start to sculpt chess pieces in order of seniority. For a king roll into a cone, its base should be a few millimeters narrower than the stand. Another cone should be two times shorter than the first. Connect these pieces tops, wet them and "primases" to each other. Crown head of king cross.
6
The following should be the Queen. It consists of parts of the same shape and height, but more narrow. On top of it put the ball.
7
Rooks or towers should be 0.5 cm below just cobbled together pieces. On the basis of the put the cone short cylinder. Its shape should resemble the tower to this stack cut 4 square prongs on the edges and the platform in the center of the cylinder. For each of the team blind for two rooks.
8
Another pair figure in the army of each color – elephant. Make a cone-shaped base the same size as the rook. The second part is a shaped element which is shorter than the base 2/3. It happens when you connect a small cone with a ball of the same diameter and push the ball, smoothing out the edges of the cone.
9
Perhaps the most difficult to make two figures of horse on each player. To do this, find a photo of this figure on the Internet. Of the layer of dough thickness 1 cm cut out the profile of the animal model.
10
The numerous figures – pawns. Make 8 pieces of each color. For founding roll a cones are a third lower than other figures. Crown of the "head" of ordinary men balls, whose diameter should be about half the height of the "trunk".
11
When the whole set is ready, make sure that the figure is securely connected. For greater confidence you can impose shapes on pieces of wire. Roughness test pieces flatten with wet fingers or a brush.
12
Leave DIY to dry at room temperature for 2 days. Then the dough can be baked in an oven heated to 50°. The time of heat treatment depends on the size of the figures.
Useful advice
Ready set can be painted with acrylic paints and varnish.
Is the advice useful?
See also
Присоединяйтесь к нам
New advices