How to make dice

Playing dice are used as random number generator backgammon, table games, poker, monopoly and other games, as well as in divination and predicting the future. Playing dice can be of different shapes and materials (plastic, wood, metal, paper). 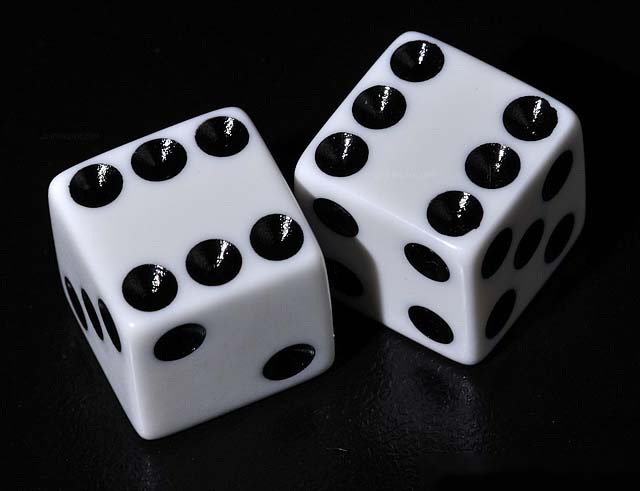 Related articles:
You will need
Instruction
1
The easiest way to make a dice (cube). To do this, draw a simple scan of a cube, as shown in the figure. 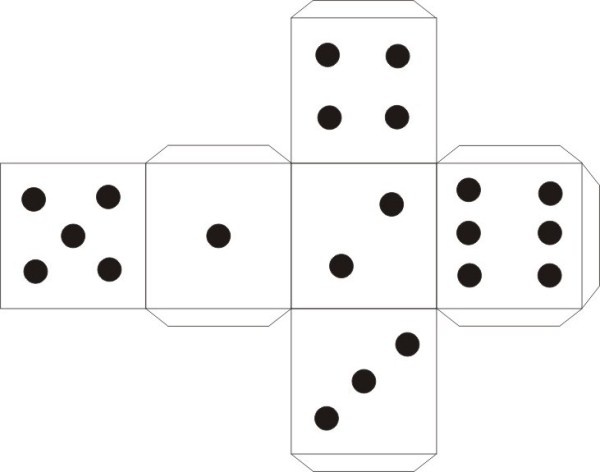 2
Scheme-scan of a playing dice (cube) is straightforward. Since the cube consists of six faces the same size - squares, we'll draw. First, draw 4 squares that share common sides, located in the same row. Next, the second of the two drawn squares pririsovyvat 2 square sides. Before you cut out the diagram you need to draw a rim around the outside of the squares, then they can be used to glue the cube.
3
Prepare carefully cut out the pattern and bend the paper along the dotted lines (this will be the face of the cube).
4
Then for strength cube prepare a frame of thin cardboard, is also the pattern in accordance with the size of the cube. This frame we put inside the cube. From practical experience, the pattern of the frame it is desirable to make one millimeter smaller than the size of the pattern cube.
5
Now insert the prepared frame into the inside of the template cube and pasted over it. The cube is ready!
6
The other option of playing dice (cube) is notable because it is convenient to take with you, as it can be folded and stored in a flat condition. You can print the pattern of this cube to the printer, stick it onto cardboard and make a cube similar to the first embodiment (see above). 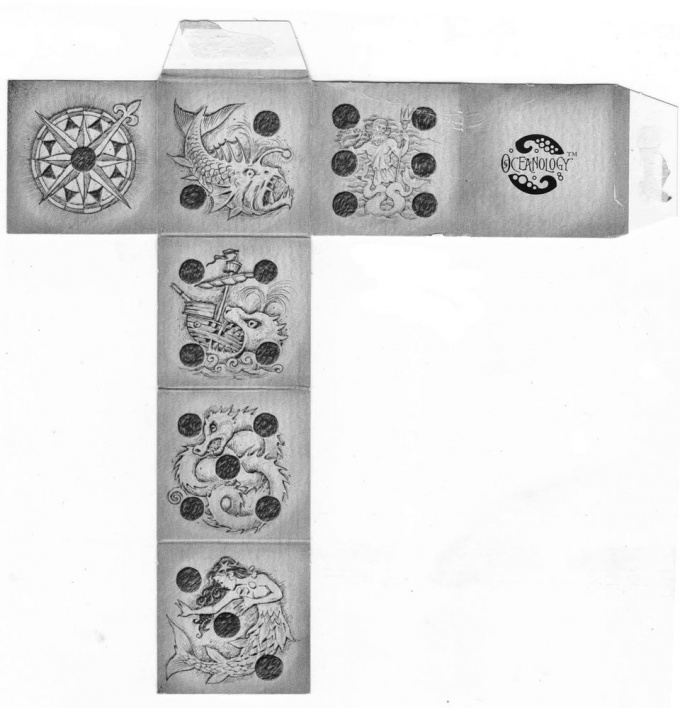 7
Alternative version of the cube with their hands made from... just an ordinary school eraser! It is very simple: cut out the eraser cube with equal sides and draw these on the faces of the points from 1 to 6.
8
Finally, the cube can be glued of two matchboxes. For this we shorten each of the boxes, and then paste the die with the paper.
9
Making playing dice with his own hands, note that under the rules, the sum of dots on opposite faces playing dice must always be equal to seven.
Note
Each of us was a Board game, where in addition to the colored chips is attached to a "special cube", only few people think that this is also the dice. The history of dice. Their history is one of the richest and most interesting among the games, and its origins lie in more than extreme antiquity, since, according to archaeologists, the bones begin the path of gambling in the world.
Useful advice
There are two types of dice: the dice of the highest quality, designed for a casino, which are hand-made and can withstand the permissible deviations of 1/5.000 of an inch (such dice are used in gambling houses to play CRAPS) and normal dice with rounded corners (also called "bones for the pharmacy" or "bones for bread") – they are machine-made and designed usually for play at home or at the bar.
Is the advice useful?
See also
Подписывайтесь на наш канал