How to freeze chanterelle

Chanterelles have a bright and attractive appearance, and very pleasant to the taste. No wonder many Housewives are seeking to pamper your beloved dishes out of these mushrooms not only in autumn but throughout the year. One of the most reliable ways of storing chanterelles is their freezing. 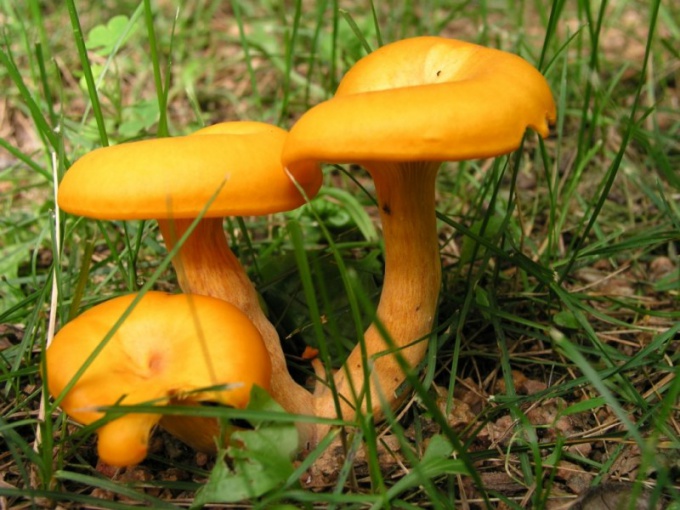 Related articles:
Instruction
1
Harvesting should be dealt with on the day of collection and not to store mushrooms for a long time, because they very quickly accumulate toxic substances. Before starting treatment of chanterelles, they must be carefully examined and cleaned of forest debris. For freezing it is better to take small, young mushrooms. In addition, they must not be rotten and wormy, such instances it is better to throw it away. Then rinse the prepared chanterelles in running water and let them dry.
2
Next you have two options for freezing. You can freeze chanterelles raw or boiled. It is believed that if not boiled chanterelles, they will taste bitter, but this can be avoided by choosing to store only the young and strong mushrooms. Method of freezing the pre-cooked spinach is more common. It is considered quite safe and economical, because the mushrooms are subjected to heat treatment, take up much less space in the freezer.
3
For cooking put the chanterelles in a saucepan and cover with cold water, and then on high heat, bring to the boil. When the water boils, the fire should be reduced, the resulting foam is removed and the mushrooms and season with salt. Cooking chanterelles should be no more than 20 minutes. After cooking the mushrooms need to drain in a colander, allowing to drain excess liquid, and dry them on a tray or dish.
4
After chanterelles have completely cooled, they need to distribute on the net filling packages and put into the freezer. Thus prepared mushrooms perfectly preserved at a temperature not above 18 degrees. Eat mushroom harvesting is recommended for 3 months without leaving for longer storage.
5
You can also freeze the fried and stewed chanterelles along with the fluid and use them for cooking soups, stews, toppings in cakes. However, the shelf life of this product is less than that of boiled chanterelles. Thaw the harvested mushrooms should be at room temperature.
Useful advice
Don't forget to sign the packages of frozen mushrooms, as in this form, they will be difficult to distinguish from each other.
Is the advice useful?
See also
Присоединяйтесь к нам
New advices