Why you need a programming language

If you buy a very powerful PC, spend a lot of money, believe me, without a good software it will have no sense at all. And in order to create software using programming languages. 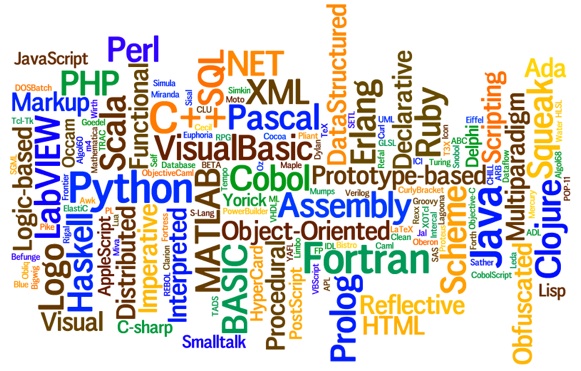 Let's start with the very first programming languages. They appeared in the distant 50-ies of the last century. Then they are only allowed to perform the most simple commands. For example, such programming languages allow to add and multiply numbers, for this was written custom code. And do these languages need to convert the code human-readable in the clear for the CPU text. Because the CPU works only with binary code, such code for the CPU can be just a set of numbers: 0101000001. To convert programming language into machine understandable code, use the compiler or interpreter. For example, to convert a C++ compiler is used, and to work with the Python language we need a special interpreter.

The languages are very different, a lot of them. However, popular little. Popular language is C++ and there are C# (C "sharp"). This language was developed by the company MicroSoft. There are still Delphi, is an enhanced Pascal. I'm sure many people have studied Pascal in school. Delphi was developed by Borland, and the company has created a development environment Borland Delphi.

Most people believe that a computer is only a laptop or system unit, and maybe a tablet with a phone, but it is not so. Computers surround you everywhere, even regular TV is already a computer terminal in the Bank is also a computer. Even modern air conditioners are computers. And that the appliances all functioned, and there are millions of programmers worldwide developing program code to each device.