Is it possible to read the akathist in the post

Prayer for the Orthodox Christian is not simply and not only a religious duty, it is primarily a moral need of the human soul in dialogue with God, the Mother of God, angels, or saints. Prayer is the circulation of thoughts, feelings towards eternity, one of the moral deeds of an Orthodox Christian. 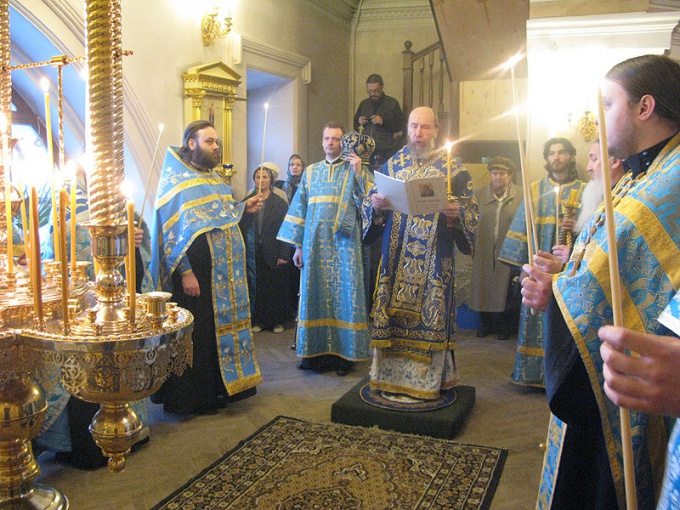 During the calendar year the Orthodox Church defines special days on which people must with great zeal to seek God, to strive for spiritual perfection. These periods are called Holy posts. While fasting is not just abstinence from certain foods, but is the human desire to be better exercise of his personality in the spiritual exploits, including prayer.

Currently, there is an opinion on the unreasonableness of the reading of the hymns in the post. The akathist prayer referred to certain works, consisting of 12 Kondakov and inosov, which are prayerful appeal to God, o Theotokos, a particular Saint, expressed in sublime joyful form. The akathist is one of the most joyous and solemn prayers in the Orthodox Church. It is no coincidence that in akafistnaya works person applies, for example, to the Mother of God with enthusiastic greeting: "Rejoice...".

The adherents of the views about the prohibition of the reading of the hymns in the post refer just to that salutary abstinence is a special simply time in which even prayers have to be austere. Some people believe that in the post the soul of a Christian is not allowed to read the prayers of such a "joyful nature". Instead, they say, are certain prayers of repentance content. However, such an Outlook is alien to the Orthodox tradition.

The Church pays special attention to the fact that lent is a time of repentance. Therefore, penitential prayers, ascetic canons is appropriate. In this case, following the gospel words of Christ, the Church does not impose on man the obligation during abstinence to walk with sad faces, sad and all kind of show how severe a person fasts. For the Orthodox Christian time of fasting (repentance) special joyous period in my life. On this basis, if the person has a prayer attitude with a sense of joyful awe from reading the akathist, this fact can not be perceived negatively Orthodoxy. The akathist hymn is a prayer piece that carries deep spiritual meaning. Hymns help the person focus on one of the important components of lent - prayer.

Thus, the ban on read hymns during lent does not correspond to Orthodox practice and carries some wrong understanding of the redemptive abstinence. Moreover, the liturgical practice of the Church, Church Charter on certain days requires the Commission of reading the akathist in the post. In particular, this refers to the fifth Saturday of lent - a time when the Orthodox churches is read to chant the akathist to the most Holy Theotokos. This day is called in the liturgical Charter Saturday of the Akathist hymn (Praise of the blessed virgin Mary). This rite appeared in the Church over a thousand years ago.