What prayers to read at the cemetery

The death of a loved one always becomes a heavy emotional shock. Often, people who had never conceived of the faith, in such a situation for the first time and begin to pray. 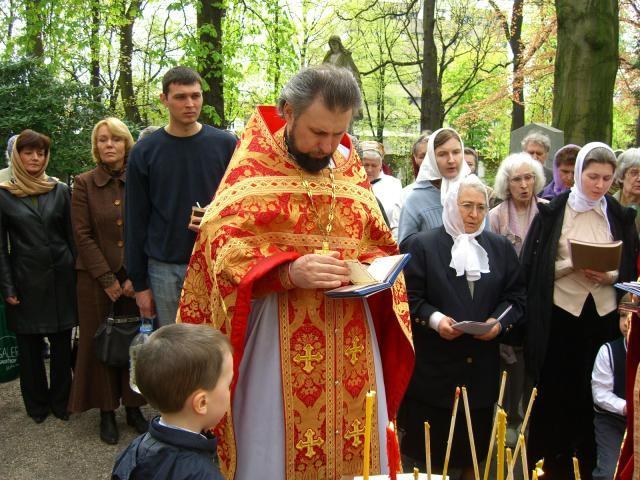 Related articles:
Prayer for the dead is not only consolation for the survivors and the deceased in the afterlife. According to St. John Chrysostom, prayer means much more than weeping and magnificent tombs.

When to visit the cemetery

For the prayer for the dead – including a graveyard – set certain days. This is meat-fare Saturday (penultimate Saturday before lent), Saturday (2nd, 3rd, 4th weeks of Great lent and on the eve of the feast of the Holy Trinity) and Radonitsa (Tuesday of the 2nd week after Easter). Commemorating the war dead on the last Saturday before the day of St. Demetrios, which is celebrated on 8 November. Contrary to popular belief, to visit the cemetery on Easter day should not be.

In addition, pray for the deceased should be on the 9th and 40th days after death, and subsequently on the anniversary of death and feast day of the Saint whose name he bore.

Prayer at the cemetery should be preceded by prayer in the Church, attending divine services, preferably the confession and communion. Before the service, should submit a note "for the repose", which specifies the name of the deceased.

Visiting the cemetery, we should not make the grave a memorial meal, leave food there, let alone wine or vodka, a pagan custom, to adhere to which Christians should not. No need to enter into an illusory "dialogue" with the deceased.

Prayers at the cemetery

Before you start praying, you must put in order the grave and light a candle. To put her needs in front of an icon or a cross, but not before the photograph of the deceased.

The simplest prayer is: "God Rest departed soul of Thy servant/slaves of Thy (the name) and forgive him/her all transgressions voluntary and involuntary, and grant him/her the Kingdom of heaven." As Christians commemorate the dead every day in the morning prayer, and confined to the cemetery, of course, impossible.

All the days of remembrance of the dead must be made to the cemetery to lithium. The word is translated as "enhanced prayer". Full rank of the lithium is performed by the priest, but if there is no opportunity to invite him to the cemetery, a layperson can read a brief rite of lithium.

This rank starts with the same prayer as the Successor to the Holy pecheniy: "the prayers of the Holy father...". Next, recite the prayer to the Holy Spirit, the Trisagion, a prayer to the Holy Trinity, our father, 12 times say "Lord have mercy" and prayer "o Come, let us adore him...". Then read Psalm 90, kontakion, tone 8 ("With the saints give rest, o Christ...") and ikos ("He is single thou..."). All these prayers are easy to find in prayer books. There you can find an akathist for the repose of the deceased, who also read at the cemetery.

If there is no opportunity on memorial day to visit the grave of (for example, a person buried in another city), make a litany and at home.

In addition to these prayers, there are special prayers related to family relations: the prayer of the widower, the widow, the prayer of the children on parents and the parents of the dead children.
Is the advice useful?
See also
Присоединяйтесь к нам
New advices