The trip to Vietnam. Halong

Ha long Bay is in Northern Vietnam, 170 km from Hanoi in the Gulf of the South China sea. In the Bay coexist more than 3 thousand Islands, caves and cliffs. Halong translated literally means "where the sea came down dragon". About the origin of the Bay there are many legends.

One of the legends tells that during a war with the Chinese to help the Vietnamese, the gods sent dragons. The dragons kept up a jewels and threw them into the sea. Suddenly appearing in front of the enemy ships, the stones turned into Islands by breaking the court's enemies to smithereens. So the Vietnamese were rescued, and the family of dragons has since left to live in the Bay.

In 1994 Halong Bay was included in the world Heritage list of UNESCO, and in 2011, the Bay is recognized as one of the "7 new wonders of the world". Islands in the Bay are all different and have strange shape because of that and got their names – Fighting cocks, Bat, Ox, Dog, Dragon, or a more romantic, like a Sleeping Princess. All the Islands of Halong Bay are rocky, and in many of them you can find caves. A variety of caves and admire its beauty – there are lakes, there are waterfalls, with an endless array of stalactites and stalagmites. The most unusual long-geared for tourists and are the pride of the local population. 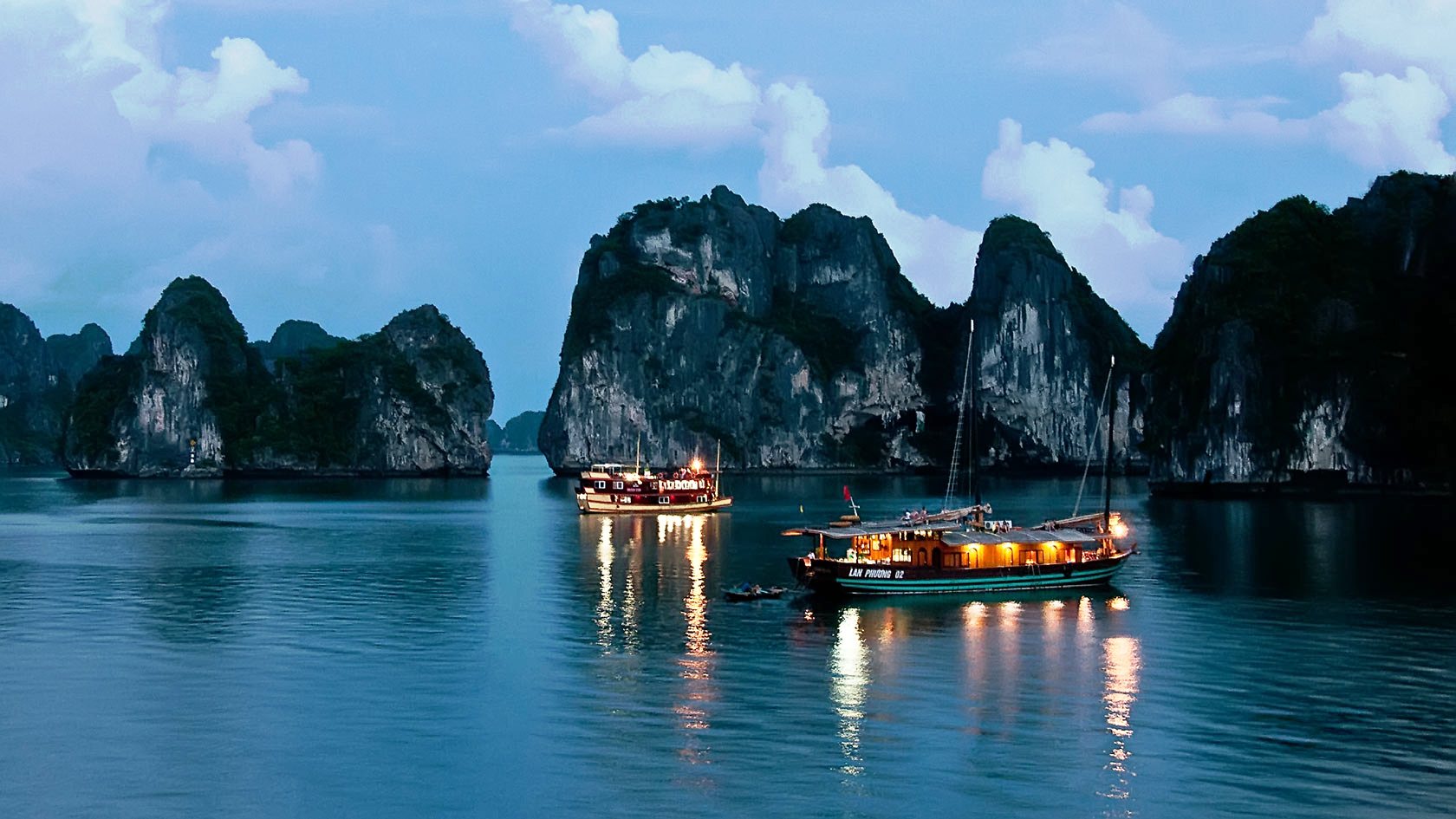 The biggest cave in the Bay – Dougo or "cave of the wooden stakes". Consists of three halls at the end of the grotto lake with fresh water. The"cave of surprise" was opened by French researchers only in 1901. Stalactites and stalagmites were created on cave walls wondrous pictures, and inside there is a lake of Fragrant, in which drops of water gets the flavor of the plants growing above the cave. All this made scientists a genuine surprise – hence the name of the cave. Not the smaller delight causes and the grotto "Drum", which got its name thanks to the impressive sound effects. The longest cave is Kuanghan or "cave – tunnel" - 1300 meters. The cave is very beautiful, but you can only get in during low tide. In the most visited tourist caves, a multi-level lights, making the cave like a fairy-tale homes of kings. 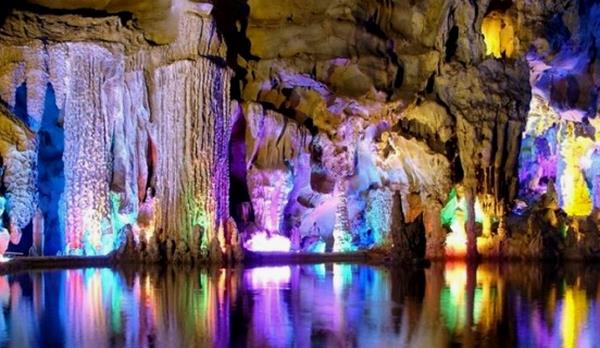 The largest island of Halong Bay is considered cat BA island (translated as "island of women"), most of which is national Park. On cat BA island you will find lakes, waterfalls and a magnificent nature and you will have stunning views of Halong Bay. The second attendance is considered to be the island of Tuan Chau, it was once the residence of Ho Chi Minh. Another famous island is the island of Titov, named in honor of the Russian cosmonaut who visited the Bay in 1962. 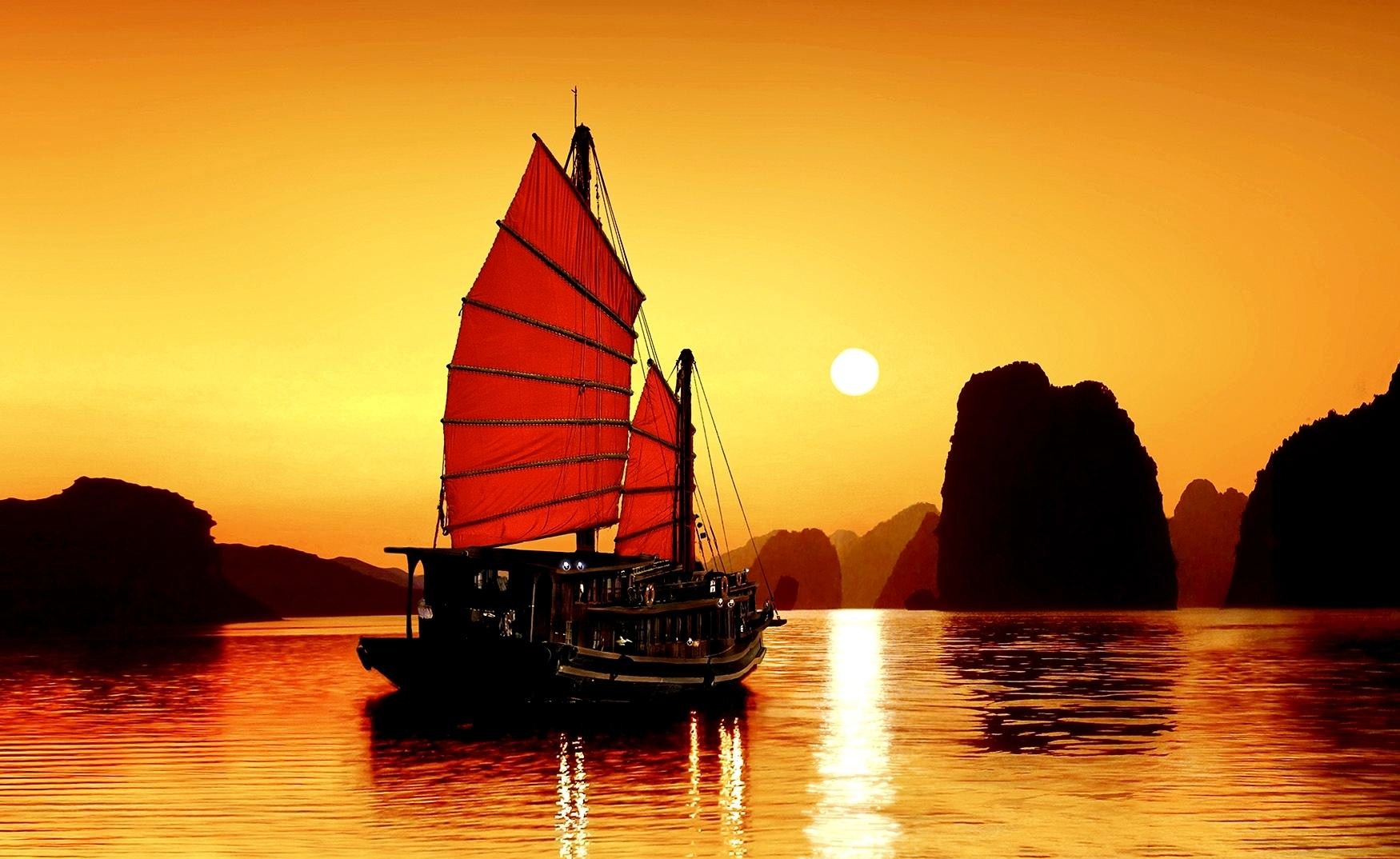 Halong Bay is indeed one of the wonders of the world. The incomparable beauty of the landscapes combined with a local flavor will remain in your memory forever!