What is the widest river in the world

Man seeks knowledge of the mysteries of the planet from the first days of existence. Today it is possible to know what previously could not even imagine. For example, what is the widest river in the world? 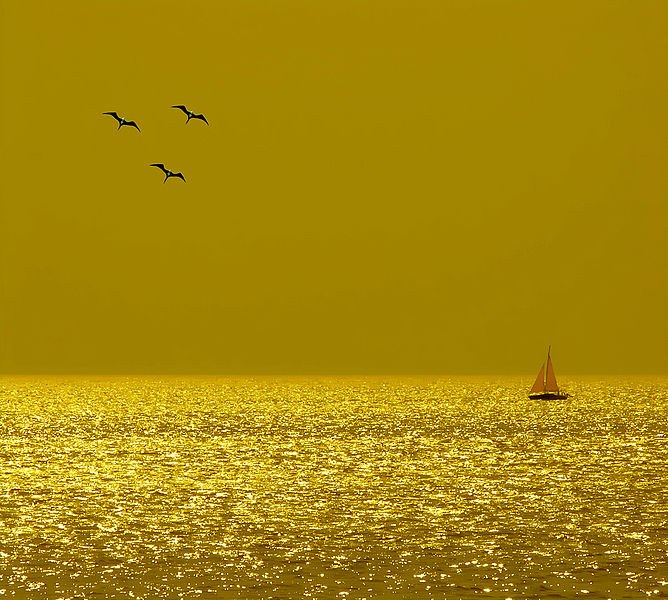 The widest river in the world

La Plata is known as the widest river in the world. It is formed from the confluence of the rivers Parana and Uruguay and is located in the South-East of South America. The total length of the river is 290 km from the source to where it flows into the Atlantic ocean. Its width at the narrowest point is 48 kilometers, and at the point of confluence to the Atlantic ocean, 220 miles. The river serves as the natural border between Uruguay and Argentina. In the South-Western part of the river are located is Buenos Aires the capital of Argentina and its main ports. In the North-Western part of the river is the city of Montevideo - the capital and main port of Uruguay.

By the way, only part of the geographers believe La Plata river. Many scientists believe that this Bay, or rather, the Delta of the rivers Parana and Uruguay because of the salt content in the water.

The main tributaries of La Plata is the paraná river, and Uruguay. If included in the pool of La Plata main tributary of the Parana - Paraguay river, its total area will amount to about one-fifth of the area of all South America. The river flows in southern and Central Brazil, Southeast of Bolivia, most of Uruguay, Northern Argentina and runs across the territory of Paraguay. Annually about 57 million cubic meters of soil washed away in the waters of La Plata. To ensure the passage of vessels from Buenos Aires to the Atlantic ocean produced by regular dredging to dredging and cleansing the river of silt.

The name of the river

The name of the river translates from Spanish as "Silver river" and it was so called not because of the color and because of the belief that the river leads to the legendary "Sierra de la Plata" is "Silver mountain", rich deposits of silver. But the actual evidence of the existence of this mountain no. Also an alternative name of a river in the English language - "River Plate" or river Plate - and that's not a spelling mistake. The fact that in the 12th century and later the English word "plate" had the meaning "silver" or "gold". Received its name during the time of sir Francis Drake, river, which the world knows as La Plata, and remained for the English, the river Plate.

Residents of Argentina and Uruguay from areas belonging to the basin of the river La Plata, speak a distinctive dialect of Spanish, called La Plata by the Spanish.

Flora of the basin of La Plata is very diverse. In its Eastern part the hills are rich coniferous forests, where it grows baranska fir relating to the valuable soft wood. In flooded marshy areas grow plants such as water hyacinth, Amazon water Lily, ceropegia thyroid and Liana. The Western regions are covered with meadows with lush grass, used as pasture for range cattle. In terms of fauna, in the river basin it inhabits rare species of Dolphin La Plata Dolphin. Also here you can find different kinds of sea turtles. The water of La Plata is literally teeming with fish, including such species as catfish, flesh-eating piranhas, and even Dorado, prized for their resemblance to salmon.
Is the advice useful?
Присоединяйтесь к нам
New advices