The shortest and the longest war in the history of mankind

The shortest war lasted only about half an hour: it took you this long British colonists to suppress the uprising of African residents in Zanzibar. The longest war is considered a century: it lasted more than a century between England and France. 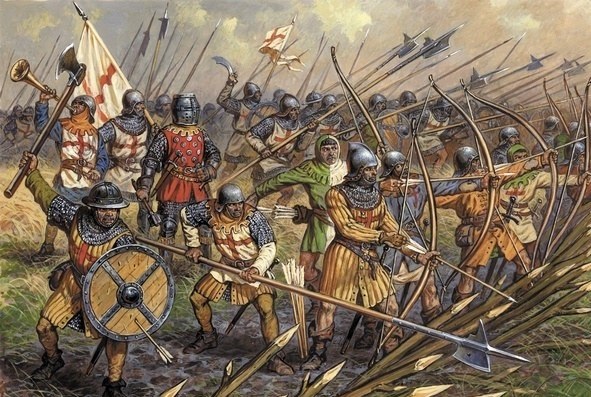 British colonists in the late nineteenth century began to seize African lands inhabited by black natives, which had very low level of development. But to give the locals was not going to – in 1896, when agents of the British South Africa company attempted to Annex the territory of modern Zimbabwe, the natives decided to confront the enemies. Thus began the First Chimurenga – this term refers to all the clashes between the races in this area (there were three).

First Chimurenga – the shortest war in the history of mankind, at least of the famous. Despite the active resistance and aggressive attitude of the African people, the war quickly ended with a clear and crushing victory of the British. Military power is one of the most powerful Nations in the world and the poor backward African tribe is not comparable as a result the war lasted 38 minutes. The British army escaped losses, and among the zanzibari rebels killed was 570. This fact was later recorded in the Guinness book of records.

The famous hundred years war is the longest in history. It lasted hundred years, and more – from 1337 to 1453, but with breaks. If to speak more precisely, is a chain of several conflicts, between which a lasting peace was not established, so they stretched out in a long war.

The hundred years war was fought between England and France: and that, and the other countries helped the allies. The first conflict began in 1337 and is known as the Edwardian war, the English king Edward III, grandson of French ruler Philip the fair, decided to claim the French throne. The confrontation lasted until 1360, and nine years later a new war broke out – the Carolingian. In the early fifteenth century, the hundred years war continued Lancastrian conflict and fourth, the final stage ended in 1453.

A wrenching confrontation led to the fact that the population of France to the middle of the XV remained one third. And England lost its possessions on the European continent – all she had left was Calais. In the English Royal court began infighting that led to anarchy. From the Treasury almost nothing left: all the money went to supporting the war.

But in military Affairs the war had a great influence: in one century was invented a lot of new types of weapons appeared standing armies, began to develop firearms.
Is the advice useful?
Присоединяйтесь к нам
New advices