In the injectortion engines when a fault occurs in the electronic engine control system on the instrument panel will illuminate the alarm lamp Check. The ECU controls the engine through the system sensors. As a rule, signal lamp Check lights up in case of failure of one of the sensors. 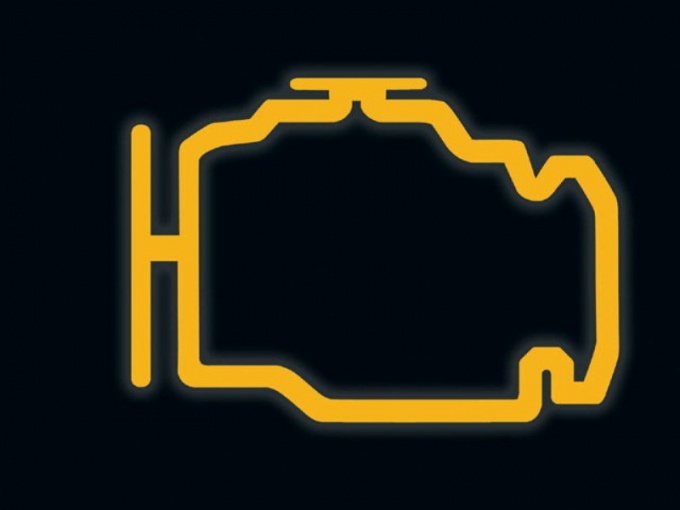 Related articles:
The crankshaft position sensor is designed to calculate the speed of rotation of the crankshaft of the engine, determining its position and, respectively, pistons in the cylinders. The basis of operation of this sensor is based on the principle of electromagnetic induction. When incorrect operation of this sensor the engine starts unstable work at idle. In case of failure of the crankshaft position sensor the engine stalls and will not start at all.The sensor phase is intended to determine a controller of the valve timing for each of cylinders of the engine. The working principle is based on the Hall effect. The sensor is located on the cylinder head, in the front part of it from the intake manifold. If there is a fault in this sensor, the ECU proceeds with the phased-injection in pairs-parallel (back-up), which leads to the uncertain start of the engine and increases fuel consumption.Sensor throttle position determines the degree of throttle opening. If there is a fault in this sensor, the engine starts to emit a characteristic detonation ringing, particularly when abrupt engine torque for acceleration, and reduced fuel efficiency and power due to the constant operation of the engine at low angles of ignition timing.Sensor mass air flow designed to assess the filling of cylinders with air. When a malfunction of this sensor increased idle speed (up to 1500-3000 rpm) when the accelerator pedal is released the revs drop slowly, or not at all and reduced to reduce their helps only blipping. Also, when the acceleration of the car, there are jerks.The map sensor responds to changes of absolute pressure in the intake tract. The failure of this sensor causes the engine to run too lean or too rich mixture, bad exhaust, misfire at idle and under load, problems with jamming of the motor.The knock sensor is designed to detect a characteristic of detonation sounds in different modes of operation. In case of sensor failure, the engine starts to detonate, particularly when abrupt engine torque for acceleration. Also reduces fuel efficiency and motor power under constant operation with small angles of ignition timing.Temperature sensor coolant designed to assess the thermal state of the motor. If there is a fault in this sensor the ECU goes to the standby mode: the fan, set higher idle, engine temperature is determined at the time of his work. The complete failure of the sensor difficult to start engine and increased fuel consumption.The speed sensor is intended for determining the speed of movement of the car. When incorrect operation of the sensor is observed unstable operation of the engine, the sudden load drop, the engine stalls, the dynamics worsens, electronic speedometer and trip computer give incorrect readings.Oxygen sensor evaluates the amount of oxygen contained in the exhaust gases. In case of a failure to appear periodic fluctuations of speed in the idling, increased fuel consumption.In addition, the fire warning light Check may indicate a open circuit, short circuit, breakage (leakage) of the timing belt, moisture, overheating and other faults. To more accurately determine the fault helps the error code that is defined by the scanner in minutes.
Is the advice useful?
See also
Подписывайтесь на наш канал