The word "shoes" we say all the time, but despite this, sometimes I doubt whether we are doing it. Moreover, the different issues arise. The singular "Shoe" or "Shoe", where the accent? And how to say "pair of shoes" or "pair of shoes"? 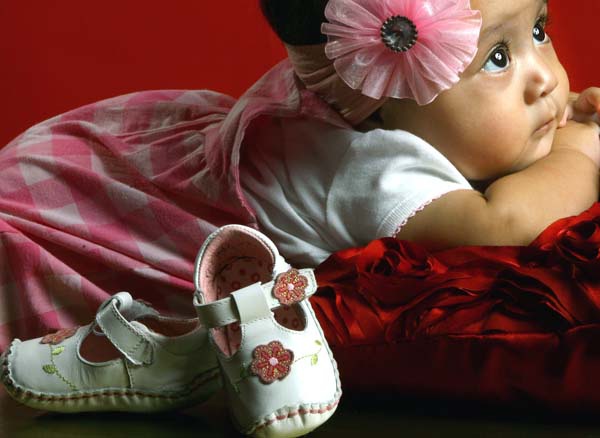 How to put the accent in the word "Shoe"

Problems with the accent in the Russian words related to the fact that the language of the free (it is also called phonological paradigmatic) and a movable accent. This means that the accent can fall on any syllable in different forms of the same words to move from one place to another (for example, "the city" – but the "city"). However in Russian, there and a group of words with fixed accent on the root of the word, is a word, an accent, which in any grammatical form will fall on the same syllable (e.g., "bow", "bridge", "plan", "song").

This group of words belongs to the word "Shoe" – the emphasis in it will always fall on the first syllable, as in the plural and in the singular ("Shoe", "shoes", "shoes" and so on).

This word came in Russian language from either the Dutch language (toffel), or German (Tuffel), and in each of these languages the accent of the word falls on the first syllable – the way it was pronounced in Russian.

In order to remember the correct emphasis in the word "Shoe", you can associate it in memory with a similar sounding word, the pronunciation of which does not cause problems – for example, "waffle". The accent also falls on the first syllable in all forms. Imagine the shoes of the wafers and at the right time you will be able to recall the correct accent.

There is another way – imagine the word "Shoe" written in a beautiful font where instead of the letter "u" depicted a stylized Shoe high, thin and almost invisible heel-hairpin. This will put the letter "u", a slash which is reminiscent of the sole of fine ladies shoes, the "special position".

Shoes in the singular: only female

Sometimes it raises questions and genus of the noun "shoes" and accordingly form singular: "Shoe" or "shoes".

The correct option there is only one: "Shoe", and this word in the Russian language belongs to the feminine gender.

In common parlance this word is sometimes used in the masculine gender (e.g. "women's shoes", "where's my other Shoe"), but this option is not considered acceptable even for colloquial speech and is considered a gross error. In literary works can sometimes be found characters that use this incorrect form – this is usually a stylistic device, touch to speech portrait of a hero, emphasizing his ignorance.

The correct version in Russian literary language is "pair of shoes". 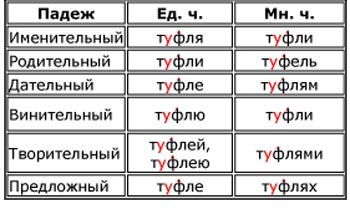 Why is the word "shoes" is leaning that way?

The noun "Shoe" belongs to the feminine gender, and the ending "-I" corresponds to the first declension. Can such nouns in the genitive plural have the "–EY", and a zero ending (e.g., candle – candle, but the wedding – weddings). And it depends on which syllable is stressed in the initial form: if it falls on the last syllable, "–s" if at first – the ending will be zero.

Because the word "shoes", the accent always falls on the first syllable, the correct form is "pair of shoes", with zero ending.

Why is the option "pair of shoes" became so widespread? It originated and entrenched in vernacular speech just because of incorrect use of the word in the masculine gender. And when you decline, he had the end of the first declension masculine words are the same as in the words "stump" or "horse".

In accordance with the current rules of the Russian language form of "Shoe" is considered colloquial and is allowed only in the spoken language; oral and written literary language can be used only with the normative variant – "a pair of shoes".