Why burn out the fuse

Fuses protect electrical circuits of the car from overloads and short circuits. If in the circuit there is a fault or an excessive amount of energy consumers, there is a short circuit, it is overloaded. Wire and the winding of the generator overheated, the electrolyte in the battery can boil. To protect against this, use fuses that interrupt the flow of current, if its strength exceeds a certain allowable value. 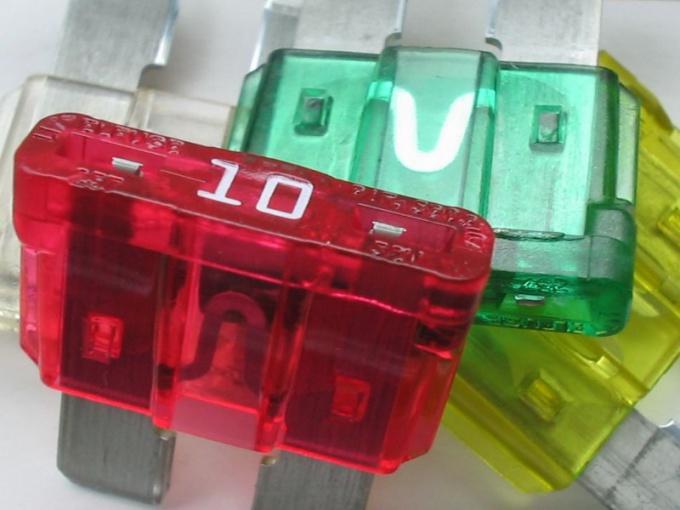 Related articles:
The reason the fuse blows, there may be several:the First is damage to any electrical node or element wiring, and the wiring in General, which is why there is a short circuit. As a result of the damage the current flows through a shorter path with significantly lower resistance. According to Ohm's law, resistance reduction part of the circuit leads to a proportional increase in amperage. In the end, burned fuse link in the fuse opens the electrical circuit and short circuit is prevented.The second current surge (overload). Occurs when the binding of any component driven by an electric motor. While inside the motor there is increased load, which assumes the fuse and burns out, protecting the electrical circuit.Third – preventer taken without due reserve. The current perejaume fuse (fusing current of his shell) is only slightly greater than the normal current for this circuit. In this case, it is sufficient a small increase relative to the nominal voltage that the fuse is blown.Fourth – the poor contact between the pad and the fuse. The fuse not only burns, but also fuse his body together with the Shoe. This often occurs when using low quality fuses that do not burn, and melt, causing burning of the contacts and melting the plastic fuse block. This is a very serious defect, as it can incapacitate the whole fuse block.Fifth – loss of the fuse stock. This happens over time, when the fuse block forms the portions with a smaller cross section and may be the result of heating, vibration, shock loads, in which the cross section of the fusible parts is so reduced that it fails and with some increase in current burns out.It is noticed that the fuse (s) blows more often than not during work, and at the moment of switching circuits. The reason is that the metal filament wiring when heated increases its resistance. At the moment the filament is not heated, so the resistance is small, and flowing current in is greater than normal. As the heating resistance increases and the current decreases. It is obvious that at the time of switching the inrush current occurs, the magnitude of the excess current consumption in normal mode.In rare cases, the fuses can burn out and when you turn off the circuit breaker. This is because, at the time of shutdown develop extra amperage and burn out the fuse. This phenomenon is more characteristic of those parts of the circuit, in which there are semiconductor elements.
Is the advice useful?
See also
Присоединяйтесь к нам
New advices