How to find a burned CPU or not

A blown element in a computer is always an unpleasant event. Typically, repair of such equipment difficult, and replacement expensive. But before you buy new hardware, you need to know what exactly burned out. Processor of computer doesn't burn as often, but it should start with him. 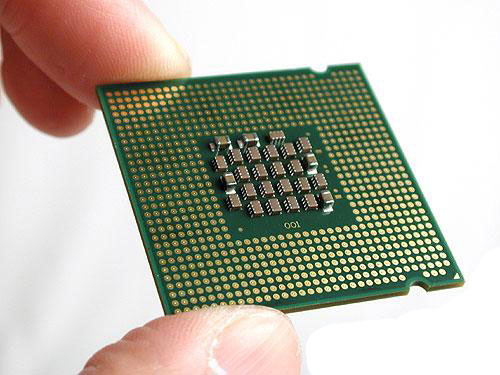 Related articles:
Instruction
1
Turn on the computer. Listen to the signals that are coming out of the speaker BIOS. In the instructions for alerts, BIOS will determine the cause of the fault. This will help to narrow your search. The fact that a blown CPU rarely issued by the BIOS, so if you do not find the signals, the suspicion of the processor increases. Sometimes it happens that when the computer is turned on, all coolers work, but the screen does not turn on. Do not rush to sin on the video card, if it is faulty BIOS you will understand their signals.
2
Disassemble the system unit. Will remove the CPU. Then, remove the radiator or remove it with special latches. If the CPU is blown, you will feel the characteristic smell. But, in practice it may not be. Also, inspect the space around the socket. It can be blackened, which indicates burnout. Try changing the thermal paste. Remember that it is impossible to cover the details of the thick layer paste. It needs to be thin and uniform. Then assemble the CPU and turn on the computer. If the screen is not lit, then the probability of burning out the CPU is pretty high.
3
Check the hardware on another computer. After making the first two steps, check the CPU on another computer. This is the surest way to determine the condition of your core. But it is also the most dangerous. There is a possibility of burning your motherboard of another computer. So please be careful. Do not use the computer for a long time, if convinced of the faults of the processor. As soon as you set your processor in another computer, don't forget to apply the thermal grease and radiator. Then turn on the computer. If the monitor screen lit up, all systems are functioning normally, then your CPU is OK. Otherwise you will have to replace it.
Note
When the Central processor was the first to break the gigahertz barrier that they had to have large heat sinks and powerful fans that can cope with the heat radiated by chips. Some products, such as the Intel Pentium 3 was off when overheated and Athlon 1200 could physically burn out if to take off his cooler.
Useful advice
Because no CPU is beeping it will not work (not to be confused with "siren" when the Board howls even without a CPU is already implemented funktsionalom of the chipset (South bridge). In General, in your case, you can check out - put of the processor to another (healthy) fee. "Simple" methods of diagnostics fee-naplata not by definition.
Is the advice useful?
See also
Присоединяйтесь к нам
New advices