How to replace the fuse in the network filter

Even in a very high quality network filters may burn out or jam the fuse. If the pilot throw a pity, you can try to recover by putting a new fuse in. Just need to find the parts for replacement. 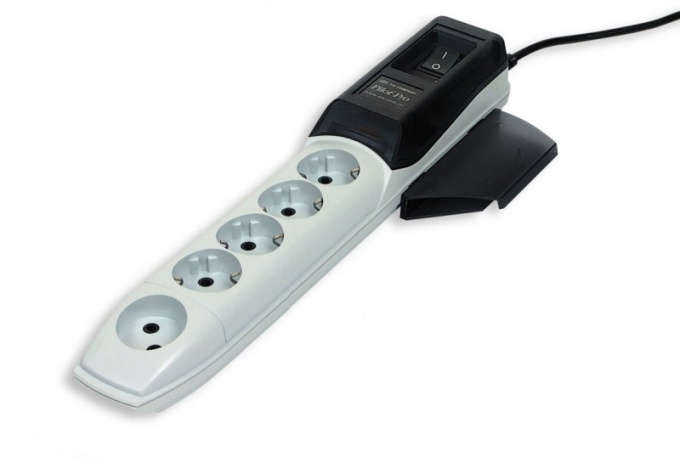 Two main reasons can be damaged fuse in the network filter is overload and overvoltage. Network filters are designed for protection of equipment from different kinds of oscillations in the electricity network, and therefore to include appliances high power is not necessary.

In defective fuse or do not hear a click when the switch or button is fixed. Possible and this option: when you enable network filter in the socket a short circuit occurs because of the action of disposable varistor installed in parallel the load contacts.

To fix the network filter is easy, much more difficult to find the right accessories. For the expensive filters they are sold separately, and in the case of cheap will have to find another faulty NetWorker and remove the fuse.

The body of the pilot should be disassembled by loosening a few screws. They can be located in grooves or sockets on the back of the filter, can be closed with the factory stickers. Some buildings have additional fixation on the plastic snap, because the opening of the filter should be conducted with maximum caution.

The fuse is installed on one of the supply wires, except the yellow-green is the ground wire. The connection can be made by soldering or by means of a screw clamp. In the latter case it's simple: the screws should be released and remove the old fuse, and then install the new one. If the contacts you need to solder, then the heating time should not exceed fifteen seconds, otherwise the housing may melt and contact the band jammed. If you replace the fuse and nothing, then two pins you can just connect a pigtail, but a surge protector will turn into a normal extension cord.

In older models of network filters use disposable tube fuses with glass body. In this case the blown fuse and just need to change it, with the same value of maximum current.

Replacement or removal of the burned varistor

Replace the fuse in the surge suppressor can not do, if the reason for failure was a burned varistor. An analogue of it you can pick up at the point of sale of radio components, but you need to remove the faulty component and take it with you as sample. A surge protector will work without the varistor, but it should be remembered that in this case will not protect the outgoing lines from overvoltage.
Is the advice useful?
See also
Подписывайтесь на наш канал