How to play leapfrog

Game leapfrog – mobile educational fun for kids and adults. It develops coordination, agility, strength, courage and confidence. In addition, after playing leap-frog, children will learn easily jump over a goat in physical education classes in school, so make the mess of family fun, and not have to worry about assessment in physical education your child. 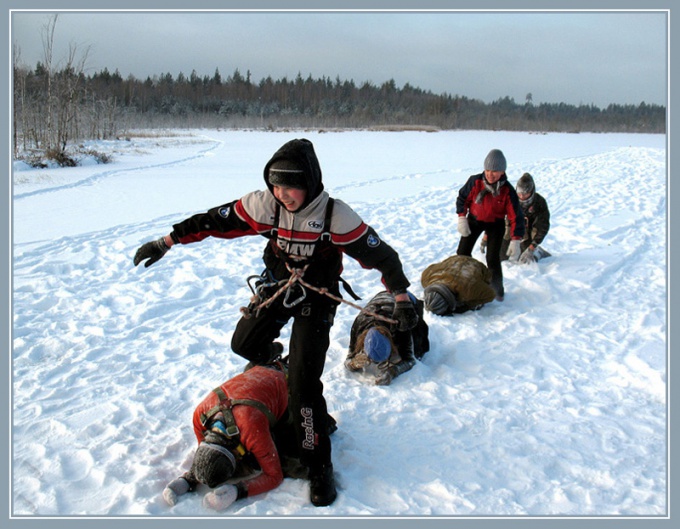 Related articles:
Instruction
1
The rules of the game of leapfrog is very simple and easily remembered even by children. To start the game requires at least two people: one who will jump, and the one through whom will jump. The maximum number of participants is not limited: the more the merrier. Most importantly, look for the game spacious enough area that players do not interfere with each other, and there was no possibility of injury. The more a person participates in the game, the more space. The game can take place on several scenarios.
2
Before you start the game, select a game leader is a participant who becomes a "goat". The other members start to take turns to jump over it. If you are unable to jump it, hooked it or fell after a jump, stand instead of "goat". Previous it joins the participants and also starts to jump.
3
Another version of the game: stand up for each other in a line at a distance of about 3 m. keep your head down, and bend yourself so you relied on leg bent at the knee. The member who stands last in the line should straighten up and turn to jump ahead like jump over a goat resting his hands on his back and bent over spreading his legs apart. After that, he should be in the front of the ten steps. All participants gradually straighten, making the player jump. Everyone who does the job, be found. Those who failed to jump out of the game. Continue the game until then, until a winner is determined.
4
Another option: become all in a circle one behind the other at a distance of about 7 m. with his back Turned clockwise, take the already known position for the start of the game leapfrog. Then one of the players (any) straight and starts to jump. The one who jumped first, does the same, leaping in pursuit of the first party. All players repeat these actions, after which each finds its own place. Even if someone of the participants was able to jump ahead of standing, it must continue jumping, and then to take their place.
Is the advice useful?
Подписывайтесь на наш канал