The most popular sport at the moment is athletics. Yet it is called the Queen of sports. All elements of athletics such as running, jumping, walking, people apply in everyday life. They are the same as components included in all other sports. Therefore, without improvement in athletics there are no good results on other sites. 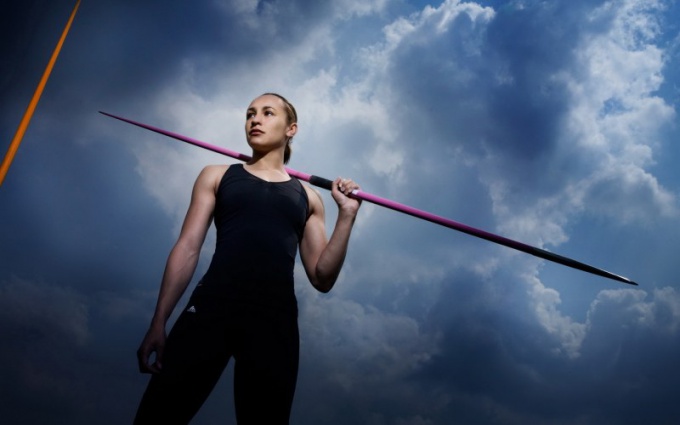 Olympic sports athletics is divided into five sections: running, jumps, combined events, walking, throwing. The program of the men's disciplines at the Olympics has not changed since 1956. In total, 47 sets of medals, thus, athletics is the most medalyami.

Cross-country disciplines: sprint, middle distance, long distance, hurdles, relay. These competitions are among the oldest in the Olympics, they were held in 1896.

For athletic running need specially equipped stadiums with a track (8-9 units in the summer and 4-6 in the winter). The width of each of 1.22 m. the Walkways are provided with markings indicating the start, finish and a corridor for transfer of a stick relay.

At the Olympics the judges sure to see the photo finish to decide the contentious issues. Competitions are video recorded, then an athlete with a coach can identify your mistakes and successes. Major competitions are held in several preliminary rounds to select the final team results.

Vertical jumps start with bridging straps on scoring minimum height. The athlete is given three attempts on each of them. The athlete may move any number (of three) remaining attempts to the next height. If the results of the athletes are equal, advantage is given to the participant, the cost of fewer attempts. The leap is considered good if the bar was left on the rods. The judge in this case raises the white flag.

Very technically challenging discipline – pole vault. It requires athletes sprint qualities, jumping ability, excellent coordination. If during an attempt the pole breaks, the participant can repeat a jump from other inventory.

The task of the athlete while performing the long jump is to achieve the highest speed during the run and not step on the boundary line. The athlete divides the exercise into four phases: the run, repulsion, flight and landing. Equipment athletes may be different - sometimes the flight is "in step", "caved in" and "scissors" - each athlete chooses the most effective option for yourself.

Individual athletic discipline is walking. The athlete must strictly observe its implementation – continuous contact of feet with the surface. Men compete at distances of 20 and 50 km and women go for 20 km.