Can a wife receive her husband's pension after his death

The death of her husband – one of the closest people in the life of every woman is always a grief. And if the husband was the sole breadwinner of the family, which pulled at all? My wife has an opportunity to go on the pension of her husband in some cases. 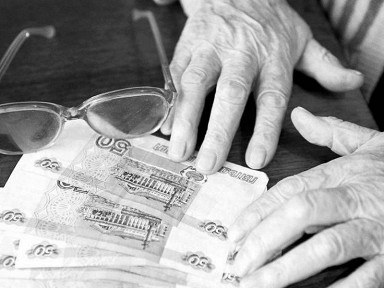 Related articles:
The wife in the event of the death of your husband has the right to refuse a private insurance pension and issue a new one, receiving it for his dead wife. This enables women who have lost their sole breadwinner of the family, to improve their financial position and not to fall below the poverty line established by law. Even in such a difficult situation we should not forget that time will pass and your immediate needs will make themselves felt. Of course, many are limited to making grants, however, each should get what he deserves according to the law, and we can not wait until you will revise the pension automatically.

When is the best time to make

To issue a pension to the widow will be possible only from the first of January 2015, then the new law will fully take effect. If the widow did not immediately make the renewal, of her own retirement just increase set by the new law coefficient. However, you should immediately contact the pension authorities with a statement, where you specify the reasons that you require the recalculation of your pension insurance. Remember that the amount of your pension score should be higher than overall inflation. If you are unable to calculate the amount of points yourself, just ask for clarification to your inspector or just in the service of pension insurance. Do not forget that every year the amount of points changing and you will need each year to recalculate his pension. According to the rules, after each recalculation, the amount of your pension will increase, although the increase may not be so significant.

Other nuances of registration of pension for the widow

We should not forget about the calculation of the various amounts of insurance pensions to working and non-working pensioners. Have retired, the ratio will always be higher than those who continue to work. So you should decide for yourself, does it make sense to continue to work, if the difference in the final income will be minor, because those people who are yet for various reasons, not retired, having reached the retirement threshold of age, the future pension insurance consists of two absolutely different parts. Estimated portion prior to 2002 and the part that forms the actual insurance premiums. But it is this second part often has a much smaller coefficient of indexing of the insurance. Don't miss these important nuances.
Is the advice useful?
See also
Присоединяйтесь к нам
New advices