Quite often you can find a trauma, like a fractured jaw. This is a complex injury that sometimes requires immediate medical care and hospitalization. Broken jaw, in most cases, occurs in young people. 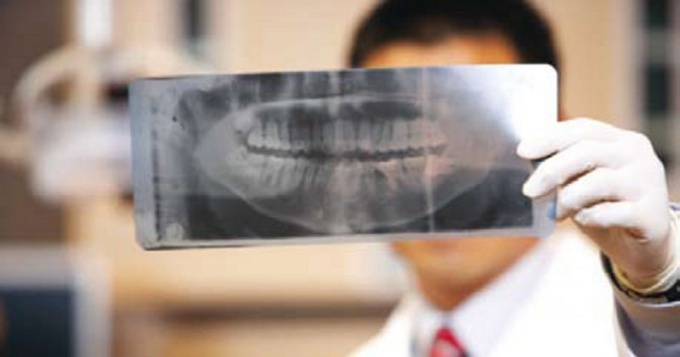 Related articles:
Upper and lower jaw is part of the bones of the face, which perform the function of attaching the teeth. Between the jaws are connected by ligaments and muscles.

Most often the injury, it turns out, from a blow in the face, various sports injuries, road traffic accidents. A broken jaw is damage to the bones of the jaw, primarily the lower.

Symptoms of a jaw fracture are quite diverse and vary in severity and depending on what part of it has undergone trauma. The main symptoms of a broken jaw is facial asymmetry, the change of the bite, and the appearance of motile fragments.

Fractures of the upper jaw is clinically manifested by displacement of the fragments. The patient cannot open his mouth or close the teeth. Very often there may be a loss of sensation in the skin of the cheeks, is swelling of the eyelids and lacrimation. If the patient lost consciousness, it could indicate a concussion.

When fracture of the lower jaw the patient can not swallow or chew food. When severe pain may develop shock. The most dangerous complication is bleeding, respiratory disorders, due to the hit of one of the fragments in the throat, and a painful shock. When injected into the larynx bone very quickly comes asphyxia, which often ends in death.

The lower jaw has a rather complex structure, and therefore there is a risk of fracture in 2 or more places. In rare cases, the jaw may completely break away from the top of the skeleton, which is often accompanied by lacerations and profuse bleeding.

If you suspect a broken jaw the patient should be immediately laid, traumatisierung phase lead in the supine position, to stop bleeding, if any, and bring the patient out of shock. When fracture of the upper jaw should be fixed to the bottom by any means which are at hand (belt, scarf, Shoe laces). Hospitalization in severe cases is performed in the supine position, with the lighter - sitting.

Treatment of a jaw fracture

The treatment is performed in a hospital under the supervision of medical staff. Fragments of bones, with control x-rays, correlate among themselves and fix the tire. They will help to ensure immobilization. Tyres are removed after the complete fusion of fragments of bones, in about a month.
Is the advice useful?
See also
Показать еще
Подписывайтесь на наш канал