What is the difference between Capri pants and breeches

Modern women prefer wearing a variety of clothes, while emphasizing their individuality. Along with classic-cut trousers some women prefer Brigham and Capri. 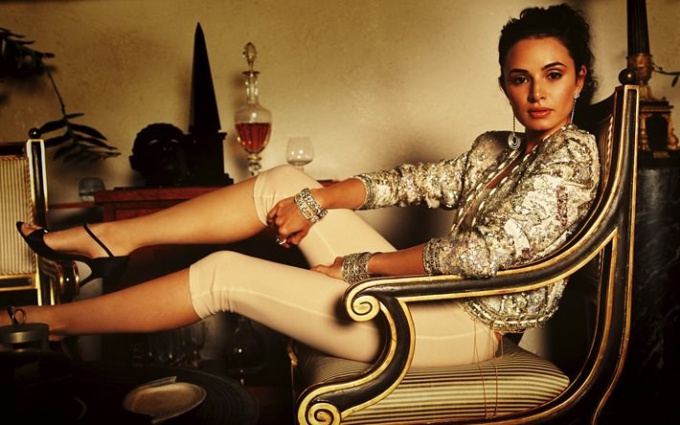 What is the difference between breeches and Capri

Breeches and capris - cropped pants model, which enjoy great popularity among the modern fashionistas. Women appreciate them for their convenience and attractive appearance. Some people occasionally confuse these concepts. Meanwhile, breeches, Capri - this is a completely different kind of pants.

Capri pants have a length of about mid-calf. Some of the models a bit doesn't reach the ankle. These pants were invented in the late 40-ies of the last century, the German designer Sonja de Lennart, who lived on the island of Capri. They are quite comfortable. They are sewn from different fabrics. Capri pants made of light material, perfect for summer time. Models are made of thick fabrics can be worn even in winter. There are also capris intended for the evening out in the light. They are sewn from a luxurious and showy material.

Breeches have a much smaller length than Capri. As a rule, it barely comes to the knee or fall slightly below. Popular cropped Capri pants, which have a length above the knee and are virtually indistinguishable from the shorts.

Breeches can be worn not only women but also men, but only as part of sportswear. For example, they are often wearing athletes, interested in horse riding, American football.

Who gets to wear the breeches and Capri

Despite the attractive appearance, breeches, shorts and Capri pants are suitable not for all women. They are perfect tall and slender beauties. These women can afford to wear such models of pants with heels or even flats.

Stunted women should remember that capris make legs appear shorter. They should give preference to light color pants and wear them with high heels. The shoes should match the color of the pants.

In the cold season you can wear capris with high boots. This way you can afford even the stunted girls, if they manage to find pants and shoes, perfectly matching each other in color.

Classic breeches are suitable only for slender women, because this model of pants usually has quite a fitted silhouette. Ladies with curvaceous may be advisable to give preference to models more boxy, made of flowing, soft materials. While their length should be such that breeches covered the knees.

If desired, sew their own pants, or simply to change from long pants by cutting them to certain lengths.
Is the advice useful?
See also
Присоединяйтесь к нам
New advices