Attractions Balaam: what to watch

In the fresh waters of Ladoga lake is a rocky archipelago that consists of numerous groups of granite and diabase Islands. The unique beauty of the Valaam archipelago is considered to be the main attraction of Karelia. 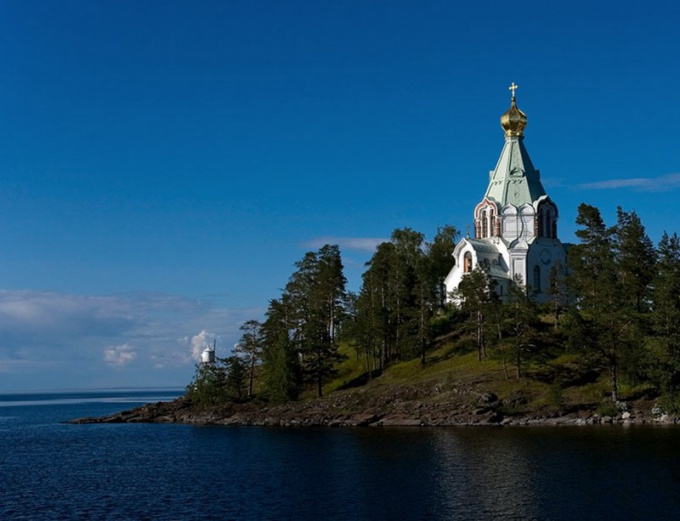 Balaam – the harmony of nature and architecture

Valaam archipelago is also called "the Northern Athos". It is a monastic Empire, preserved since ancient times, life, law, hierarchy. Landscape architecture of the island blends with the pristine nature.

Among the attractions of Balaam, which should certainly visit tourists, Spaso-Preobragenski monastery, where the beauty of Russian architecture is presented in the unusual combination of colors and architecture. The top colors sky blue, harmonizes with the red bottom. Completes the whole architectural composition of the three-tiered bell tower.

Znamenskaya (king's) chapel
The marble roof of the chapel was decorated with a medallion with a commemorative inscription that the Emperor Alexander II visited Valaam in 1858 On the road to the left, Spasskie gates leading to the inner buildings of the monastery.

Wishing to make an optional excursion can pay a visit to the Abbot cemetery. Down to it can be passed under the arched bell tower.

Mannerheim Line
Interested in military history can see the remaining defensive structures of a complex.

Ascension chapel
South of the Gethsemane skete is a lake. The right Bank of a Small Nikon Bay is decorated with a granite memorial cross. At the top erected the chapel of the ascension with 5 chapters.

There is an opportunity to take a boat tour on the river Ladoga around the island.

Memo to the tourist

On the monastery grounds women must be in veil and skirt.

In the White monastery (All Saints) allowed only men, except the feast of All Saints.

Clean air, beauty of nature, architecture will not leave anyone indifferent. Impressions of the visit of Balaam will remain for a long time.
Is the advice useful?
See also
Присоединяйтесь к нам
New advices