What to see in Karelia

Karelia is a pearl of Russia, a wonderful region where the stunning beauty of natural landscapes are combined with the unique villages, which have preserved specimens of the Northern wooden architecture. 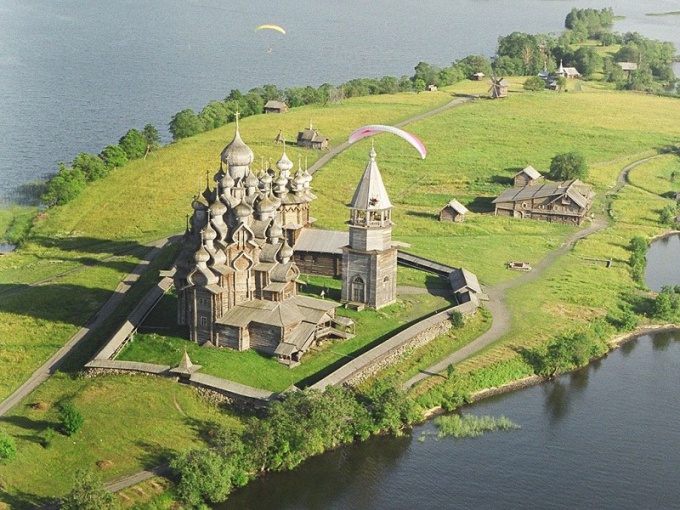 Related articles:
Instruction
1
National parks are a treasure of Karelia. One of the largest among them – the Park "Vodlozersky". It is located in the basin of the lake Vodlozero and rivers Oleksy. Another major national Park "Kalevalsky". There are whole pine forests, growing on rocks and glacial deposits, this unique Park. National "Paanajarvi" is located in the North-Western part of Karelia. It is known for its amazing scenery and abundance of flora and fauna and breathtaking scenery. Lake Panarchy located in the center of the Park, has a depth of 128 m.
2
The marble canyon Ruskeala – a place of amazing beauty. There are rich deposits of marble, whose color varies from white-gray to greenish, located near the famous Ruskeala waterfalls. In the 20th century there was a marble quarry, but now it is flooded formed marble lake, which is characterized by clear water of emerald hue, and amazing beauty. Around Marble canyon include the tourist trail.
3
The Kivach waterfall is one of Europe's largest plain waterfalls. Water falls from a height of about 11 m. In the area of the Ruskeala has 4 plain waterfall, the water drop height is 3-4 m. One of the highest waterfalls in the region – "White bridge", the water drop height is 19 m. Slightly inferior waterfall Kumi, whose height is 18 m. There are other waterfalls, not less beautiful. Almost all of them are located in national parks.
4
Petrozavodsk – capital of Karelia. This is a beautiful old city with lots of cobblestones, lined with small cobblestones, with a high North old buildings and narrow alleys where you can get lost. A considerable number of travelers considers Petrozavodsk one of the most beautiful cities of Russia.
5
Lake Ladoga – one of the largest lakes in Russia and the largest in Europe. Known for its picturesque skerries, on the basis of which it is planned to create a national Park. High mountains, beautiful pine trees, lush coastal meadows and dense thickets of the forest: the scenery here is very beautiful.
6
Valaam archipelago situated in lake Ladoga. Valaam island is characterized by the natural beauty, but it is especially famous for its monastery. In the center of the monastery is the Transfiguration Cathedral, built in the 19th century. Valaam sketes truly amazing. This place is sacred for Orthodox Christians. To visit it is recommended to choose the suitable clothes.
7
Lake Onega, Onego or in the Karelian, is one of the most famous places of the region. Here I like to take the yacht races for experienced sailors: the water in the lake is difficult for beginners to swim here is dangerous. On the lake are many virgin places, deserted villages.
8
Kizhi island is a very famous place of the Republic of Karelia. The island is located on Onega lake, and 650 other small Islands nearby. Kizhi is famous for the fact that on the hill there are monuments of Northern Russian architecture. Beautiful houses and churches, created by the carpenters Karelia, became known worldwide.
9
White sea – another amazing lake in Karelia. The high rocky shore carved with Petroglyphs, Solovki and Valaam archipelago, stone labyrinths and various pagan monuments – there is something to do not only to outdoor enthusiasts! The harsh Northern nature makes this place unique.
10
Solovki – the pearl of the white sea. The archipelago not only has a memorable Northern beauty, but also contains a unique historical and cultural monuments. Also on the Islands is the Solovetsky monastery.
Is the advice useful?
Присоединяйтесь к нам
New advices