How to get to Valaam

The Valaam archipelago, located in the Northern part of the Ladoga Islands separated from the mainland by more than 20 km and comprises more than 50 Islands. The largest of the Islands of the archipelago - the island of Valaam. Only one environment enough to turn Balaam to a place of pilgrimage for thousands and thousands of tourists. 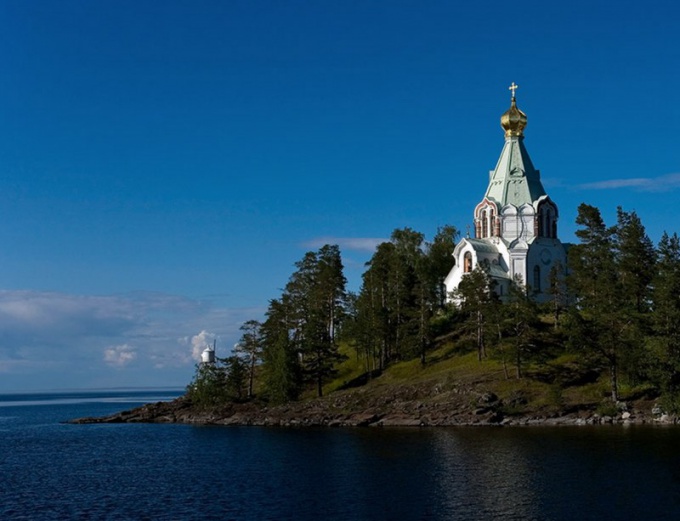 Related articles:
Instruction
1
One of the most comfortable and, as a consequence, the most costly ways - tourist cruise on the ship. The boat departs from Saint-Petersburg with arrival directly to the island of Valaam. Additionally, you will need to take care of how to get from Moscow to St. Petersburg that, in General, is not a problem - you have the Express trains, conventional trains, bus routes, departing from Moscow to Petersburg and back several times a day.
2
The trip on the boat usually takes a night journey, a day at the island and another night on the road in the opposite direction. The fare includes cabin accommodation, meals, a number of guided tours on the island and entertainment events on the ship.
3
Faster and more cost - effective option to journey on a water meteor (the so-called light single-deck boat) for 1 day. The administration will, as in the previous case, from St. Petersburg, here in the way you will spend 4 hours in each direction, and about 8 hours of free time for exploring the outdoors. The downside of this travel option is the noise of the boat, which for a four-hour swimming is very tiring.
4
Another variant of arrival to Valaam tourists especially popular in the spring and autumn period, when the standard trips from St. Petersburg has been discontinued. In may or November to get to Valaam from Sortavala, where, for example, from Moscow leads the Oktyabrskaya railway. From St. Petersburg - train # 350 is sent in odd numbers of Radonezhskogo station. The train from the Northern capital goes to the village Blacksmith, then to Sortavala. Departs daily from the Finland station in 16.32 hours.
5
To Sortovala from Moscow or St. Petersburg and can be reached by bus or car, but such a trip is tiring due to length (the distance between Saint Petersburg and city about 300 km), the car will have to leave the city for the duration of the walks Balaam. In fairness I must say that Marina is quite secure and ample Parking.
6
From the town Wharf to the island can be reached by boat on Mondays and Fridays at 16.00 or 17.00. The journey time is 2.5 hours. You can use the local excursion ship "meteor", he goes almost every day, but without a clear schedule. Journey time 1 hour. The estimated cost of 700 rubles.
7
In Sortavala you can use the services of the yacht club, which is located near the city's famous hotels "Piipun-Picha". From the city pier every two hours boats to Balaam, there are small carriers, most of whom work or through numerous agencies, or independently, without providing, however, tourists with special security guarantees on the water.
8
Travel to the "Northern Athos" can be made and from the city of Priozersk of Leningrad oblast, which can be reached by train from Finlyandskogo station - direction of the Forging from the metro station "Devyatkino" or bus station "North", M. Devyatkino by bus No. 859.

From Priozersk to Valaam can be reached only by boat from Valamo pier and only during the navigation season, which begins in may and ends in October. The cargo ship "Saint Nicholas" flies to the end of November, but officially does not take passengers.
9
From monastic Republic there are specialized pilgrimage service, which organizes trips to the island. For example, to the monastery of the abode you can use them to fly in a helicopter. This one-day tour will cost about three hundred thousand rubles, two-day - 450,000.
Is the advice useful?
See also
Присоединяйтесь к нам
New advices