How to remove all the water in minecraft

Game world of Minecraft tends to realism, and many of the objects in it are similar to those that occur in ordinary life. And one of the most frequently out there substances can be called water. It is represented, as in onecomputer reality, in the form of ponds of various sizes and very frequently used by players. 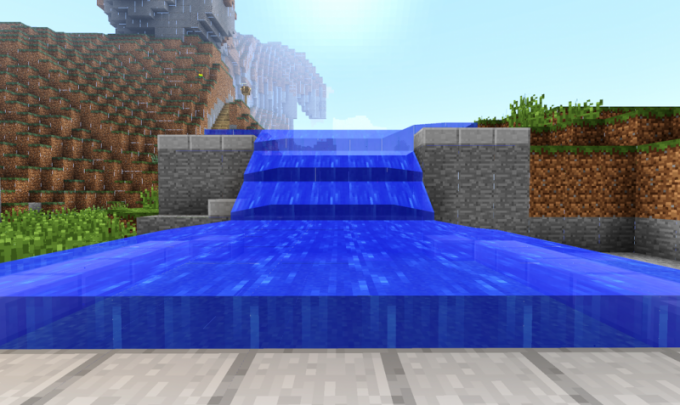 The importance of water in Minecraft

The water in many moments of the game is gamers assistant. With her help, they set various traps, safely descend from great heights (when required to do so), quickly clean up large spaces from a variety of materials: mushrooms, vegetation, torches, wheat, snow, etc. However, some built of Redstone and rails it is also capable of wiping.

The water in the connection with the lava serves as a means to create cobblestone and obsidian. Incidentally, the latter circumstance is often used by the players when they need to cross a lava lake. They put the water next to the lava and transformirovalsya in obsidian. And now you can cross it safely, and at the same time a valuable resource for crafting and various buildings to get.

In addition, and as protection from monsters too often is water. A lot of gamers know: if you pour it in the side where approaching hostile mobs will run away from them. Zombies can't swim against its current, but spiders are not able to jump out of it.

Simple ways to remove the water

However, not all the water is good. Often, it becomes an obstacle in the implementation of the player ambitious plans for the development of any area. Gamers often face the seemingly difficult task - to clean up somewhere huge amounts of this liquid. Buckets to scoop her up and carry to another location, of course, possible - but it will take a lot of time, and in relation to the sea or ocean, doesn't work at all.

However, there are several methods how to get rid of it, and many of them are quite simple. One of these methods will be useful if the resource where the gamer plays, installed the plugin WorldEdit. It gives any player an Arsenal of commands which can be subjected to serious changes in the surrounding space.

For example, if you want to adjust the level of the surrounding water bodies, it is enough to put on a special console /fixwater. When there is a desire to get rid of quite liquid - one drop - in a particular area, you should use the command /drain, and separated by a space to specify the radius of this order. By the way, at once get rid of the lava in the same area.

However, if the installation of plugins to mess around reluctance, you should use some other method of getting rid of large amounts of water. You should enclose the place with walls made of blocks all of the liquid remained surrounded by them, and then gradually replace it with sand or other similar material. When all the water drops to go, the aforementioned units can just destroy.

Some disappeared not very large bodies of water flooding them with lava. In the end, instead they make a mass of blocks of cobblestone, or obsidian (depending on how you want to interact fiery volcanic flows with water).

Sponge to remove the water

In newer versions of Minecraft there was another way to get rid of water mass absorption them with a sponge. That, as practice shows, is able to absorb up to fifty cubic meters of the liquid. Then it gets wet and becomes non-functional, but you can remedy it, dry it in a furnace with coal.

Valuable block was mined until recently only in the creative mode of the game or were distributed on various resources by administrators. They played sponge in various competitions or sold in stores. Gamers went to a lot of tricks, just to get a water aspirator, as its validity period is unlimited. Losing it is losing in pvp, or dropping into lava.

However, now the sponge has appeared in the survival mode. Now to get it directly in the gameplay. In the wet form it is sometimes generated in underwater fortresses, and falls after killing ancient guardians, inhabited by hostile mobs, like a fish. These beings, with the health of forty hearts, added in the Minecraft version 1.8. To kill them is very difficult because they inflict on the player fatigue for five minutes. However, because the reward for success - the sponge is quite valuable.
Is the advice useful?
See also
Подписывайтесь на наш канал