How to remove snow in Minecraft

Minecraft is very realistic. Perhaps this is one of the attractive features of this game, thanks to which it has already managed to win the sympathy of many millions of inhabitants of the planet. However, there are some points that attract not every. 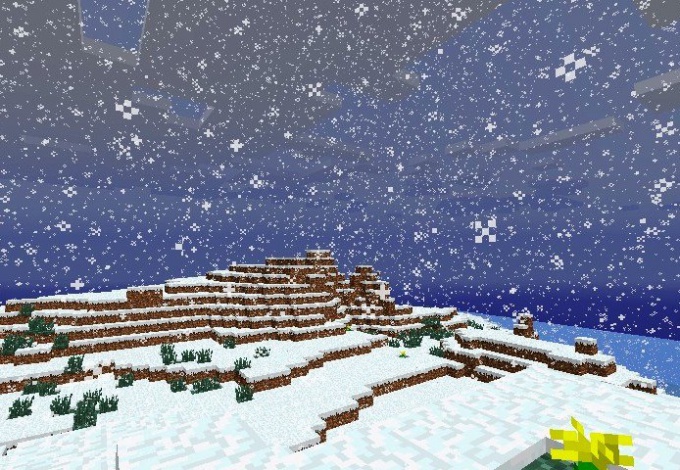 Related articles:
You will need
Instruction
1
If you belong to those players who are not satisfied with the presence of Minecraft in snow, you can understand. This resource is very useful (for example, to fight some hostile mobs), but its deposition on the ground can cause real gameplay issues - in the form of various lags. Especially in this respect you run the risk, when computer capacity is far from ideal. Then any precipitation will be for system critical (first of all due to the graphics load). In this case disable the possibility of snowfall.
2
When playing on a server where you have admin privileges, remove any sediment and other unwanted natural phenomena, entering into their console a simple command /weather off. Now you have a game resource will reign exceptionally Sunny weather. When you get bored, bring a variety of weather, writing /weather on. Also try one of the two interchangeable teams /weather sunny or /weather sun. However, they do not always work if the server is lacking some of the plugins.
3
When the powers of a admin you are not available, insert the cheats (if such is not prohibited on that resource, where you play) allowing you to control the weather. Then minimize precipitation is a special command. Type on your console /weather rain 1 - thanks to the snow (or rain, depending on the specific biome) will last only a second. Also set the maximum duration for a Sunny weather team /weather clear. Through the gap from the phrase fill in as much number - for example, 9999999. It will determine the duration of clear weather in seconds.
4
Proinstallirovan if you have a version older than 1.4.2, but released after 1.3.1, use another command. She, however, will be relevant after the start of snowfall. Stop it by writing in console /toggledownfall. Be careful - do not use this command in clear weather. This on the contrary will start snowing (or raining).
5
When your problem is not just to prevent snowfall, but also in the removal of existing snow cover, act a little differently. If clean snow is required on a relatively small area, take a water-filled bucket and pour its contents on the need of cleaning the area. Then again, collect the liquid. The snow will be washed away, and in its place will be the snow. Pick them in your inventory or put into storage in the trunk or in the fridge - they will be used to perform many of the game problems.
6
For the removal of large snow cover install the plugin WorldEdit. It allows you to produce a transformation in the surrounding of your character space. Stand approximately in the middle of the area you wish to clear of snow. After that enter the special command //thaw. Through the gap from her specify the radius of the area where will be removed the snow cover. It will disappear instantly.
Note
Use the blocks of snow for building a snow Golem (snowman with a pumpkin-head). It will scare off the zombies or spiders, but will also be useful in order to attack the dragon or one of the monsters of the Lower world - Ifrit. Getting snowballs in the latter, a Golem may destroy.
Useful advice
Do not even want to see snow in the game? Install Minecraft version 1.8.1 as it is not in principle.
Is the advice useful?
Подписывайтесь на наш канал