How to turn on the air conditioner in the car

Air conditioning is one of the many devices found in most modern cars. However, in hot weather it is particularly important because, by including it, it is possible to provide an acceptable temperature. 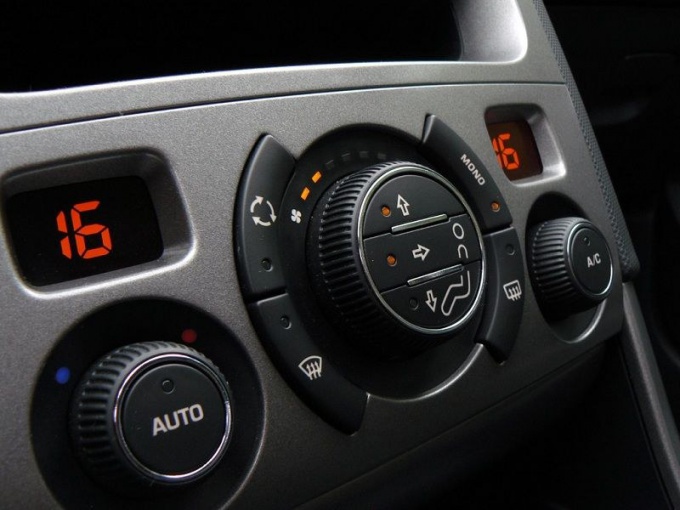 In many modern cars such options as air conditioning, included already in the basic package of the vehicle. Therefore, a variety of types, characteristics and parameters of air conditioning systems present in the automobile market is very large.

Control of the air conditioner

The possibility of regulating operation, depending on the type of such device, and vehicle class. So, in the simplest systems installed in inexpensive cars, these opportunities are usually limited to a few basic tools. The first of these controls the air flow direction, which can be done with a special pen. Most often this option provides several basic options - stream direction on the windshield, in the face of the driver and the passenger, at the feet of the driver and passenger. In addition, it is possible to combine several directions of air flow.

The second tool is regulation of the operation of the air conditioning system found in most cars, the intensity of the flow. The performance of this tool in fact is responsible not air conditioning, which works with a given intensity, and the fan, more or less actively distributes cooled air around the cabin of the car. The choice of the intensity of the flow is carried out with the help of another special controller that has multiple divisions, located as you increase this parameter.

But other options control the operation of the air conditioning system in the vehicle depends on its class. For example, in more expensive models driver or passenger may be able to set the desired temperature or use other settings, allowing you to create a comfortable microclimate in the cabin.
Is the advice useful?
See also
Подписывайтесь на наш канал