How to recognize pregnancy in the Guinea pig

Pregnancy in Guinea pigs is accompanied by a range of relevant symptoms. By touching the abdomen of the animal to understand that the pig will soon give birth, not before three weeks after mating. In addition, there are also characteristic changes in behavior of a pet. 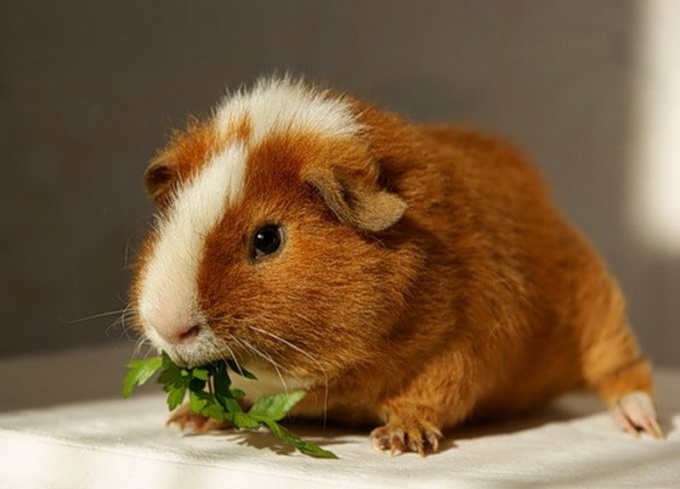 The main indicator of pregnancy in Guinea pigs is the lack of heat. The delay occurs usually after 14-15 days after mating.

In order to learn how to understand Guinea pig pregnant or not, try to arrange regular inspections of the animal. If you gently palpate the abdomen of your pet in the presence of pregnancy and in its absence, even an inexperienced owner of these animals will be able to feel a distinctive difference.

Don't try too hard and to thoroughly test the stomach of pigs. If an animal such procedures cause discomfort, that feeling must stop immediately, and next time do it as accurately as possible.

In addition, if a Guinea pig does not take of yourself or not allow yourself to touch, such behavior may indicate the presence of pregnancy. During such periods animals have a high sensitivity and a keen survival instinct.

The definition of pregnancy at a later date

In the later stages of pregnancy pregnancy Guinea pig becomes visible visually. Her stomach noticeably rounded, and the movements become more clumsy. In addition, while the nipples swell and change color for more vivid.

To determine the presence of pregnancy in Guinea pigs can be achieved by regular weighing of the animal. Please note that in the first weeks pet will keep your normal weight. After 3 weeks of pregnancy will experience a rapid increase in mass.

In the later stages of pregnancy in Guinea pigs may experience morning sickness. In this period, the animal may refuse food. This behavior should not be ignored. Otherwise, the offspring may not survive or have developmental disorders.

With the development of the embryo Guinea pig becomes slow. In late pregnancy animals does not move. Observed rapid breathing, and apparently pet looks tired and sleepy. The owner of a Guinea pig should ensure that water for the pet has always been freely available.

Pregnancy in Guinea pigs lasts usually no more than ten weeks. Premature birth can happen if the animal has more than three embryos. Cubs are born fairly developed and movable. This fact is due to the natural lifestyle of the animal. The fact that Guinea pigs spend most of their time on the surface, they do not dig burrows, and is a ready-made shelter. The offspring of Guinea pigs from the first days of life should be able to hide from enemies.

During pregnancy Guinea pig you must provide adequate care and a comfortable habitat. Otherwise, the offspring can be born unfit for life.

After birth in any case can not disturb a household pet or to take in hands of newborn babies. Otherwise, Guinea pigs can destroy their offspring.
Is the advice useful?
See also
Подписывайтесь на наш канал