How to understand that will soon begin monthly

The regularity of the menstrual cycle is very important for women. It so happens that the cycle slips and periods may come sooner or later. There are some signs that indicate the imminent onset of critical days. 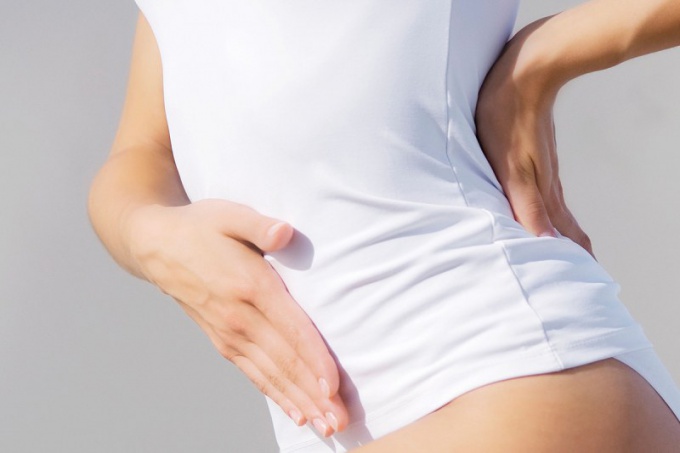 Why the need for monthly

Monthly represent bleeding that occur once a month. If pregnancy occurs, they stop. Menstrual cycle – period of time from the first day of one menstruation until the first day of the next. On average, it lasts about 28 days, although it may be more or less. The main role here is played by the regularity of coming critical days. In the middle of the cycle ovulation occurs: the Mature ovum, ready for fertilization, out of the follicle and moves through the fallopian tube into the uterus. During ovulation the probability of getting pregnant is very high, so every woman should know when she gets her next period. Often the cycle of strays, and to determine the date of the coming critical days is very difficult.

How to recognize ovulation

Ovulation occurs approximately mid-cycle, women can identify the process in some respects. At the time of the release of an egg from the follicle in the body is hormonal surge. The basal temperature rises by 0.5-0.8 ° C, this increase can last until the last day of the cycle. Measure the temperature in the morning upon waking, without getting out of bed. The thermometer should be inserted into the anus for 8 to 10 minutes. Record the readings on the thermometer better in a specially designated notebook, to keep track of the regularity of its cycle. When measuring the basal temperature is important not to forget to record even the date and day of the cycle.

PMS is a collection of their own personal experiences, who speak about the approach of menstruation. The cause of manifestation of signs of premenstrual syndrome are hormonal changes in the body. Every time these signs can be expressed to a greater or lesser extent. Premenstrual syndrome lasts from two to several days.

If a woman observes the manifestation of any symptom of these two groups, it should not immediately hang the label of "PMS". You should monitor any symptoms for at least three months, then we can draw conclusions, PMS or not. Not to cost to forget that premenstrual syndrome will not last forever. If symptoms strongly complicate life, interfere with work and communicate with people, you need to take action. A good obstetrician will tell you how to alleviate the condition and support of family give strength.

The harbingers the first menstruation

The onset of the critical days is not a sign of full commitment of the body of a young girl to pregnancy and childbirth, it's just a sign that pregnancy is possible. Usually first period (menarche) in girls starting at the age of 11-14 years. This period varies due to some factors. On the date of the onset of menarche is affected by health status, diet, physical and mental development, disease history, hereditary factor, stress, etc. About the approach of the first menstruation is indicated by some symptoms: nagging pain in the lower abdomen (previously unknown), nausea, headache, frequent mood swings, fatigue, apathy, or aggression.