As a General blood work to determine cancer

General analysis of blood shows a variety of data, including the contents of red blood cells, hemoglobin, erythrocyte sedimentation rate. Some modified indicators blood test we can suspect cancer in a patient. 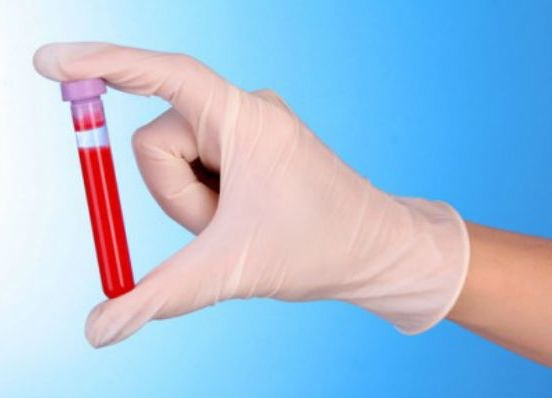 Cancers occur when genetic changes in the new cells formed after division. These cells are formed in the body almost daily, but the immune system immediately recognizes them and neutralize. If the body due to a weakened immune system "missed" the formation of cells with damaged genetic code, it begins to divide and form similar to the atypical cells.

There comes a time when the immune system recognizes foreign cells and begins to fight them, but to neutralize cancer immunity is not under force. During the growing confrontation between the immune system and cancer start to change the blood counts, increasing the number of leukocytes. This phenomenon is observed in inflammatory diseases, it is due to the fact that leukocytes are cells that protect the body from anything foreign. When dealing with tumors their number increases above 12*10 in 9 degrees / l.

Cancer processes lead to changes in the blood level of hemoglobin, it decreases dramatically. The rate of hemoglobin 120-160 g/l, in malignant tumors indicator does not exceed 80 g/l, running processes reduce the hemoglobin concentration to 40 g/L.

Cancer lead to an increase of the erythrocyte sedimentation rate. Normal ESR in women up to 15 mm/h, the men to 10 mm/h, with cancer figures soar, there may be 30-50 mm/h. This figure varies because of the protective reaction of the organism in the blood changes the balance of proteins, so the separation of blood into plasma and red blood cells occurs much faster.

Cancer of the hematopoietic system

With the development of leukemia (popular name – leukemia), there is a sharp variation of the platelet count. The number of these blood cells is reduced because they are formed from the bone marrow, which is when the leukemia cannot function properly. The level of platelets in the blood is reduced to 20*10 in 9 degrees per liter and below.

In General, the analysis in the development of leukemia appear modified myeloid cells are large atypical cells, which are not observed in healthy human blood. In the development of cancer of the hematopoietic system in the General analysis of blood leukocyte formula changes - a growing number of immature eosinophils, and basophils decreases the number of neutrophils. These changes occur because the immune system tries to cope with the emerging disease, but there is only a failure in the production of fractions of leukocytes.
Is the advice useful?
See also
Присоединяйтесь к нам
New advices