How to accelerate the ripening of tomatoes in the greenhouse

Tomatoes belong to the heat-loving plants, so full of ripening fruit, they need a sufficient amount of solar heat and light. In the middle zone of Russia and its Northern regions, the tomatoes do not always have time to grow in the greenhouse. In order to speed up the process of ripening on the Bush at the gardeners there are several proven ways. 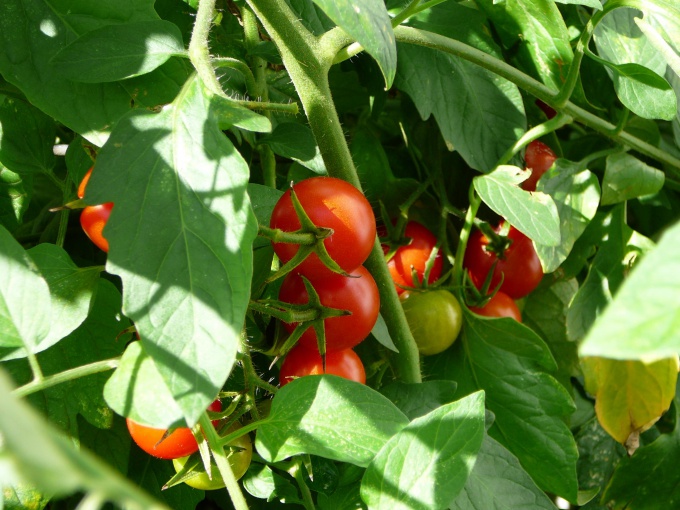 Related articles:
Instruction
1
One of the most important conditions for the rapid ripening of tomatoes – well-formed bushes. The denser foliage on the tomatoes, the more power you consume the plant for their own development and growth. To get a quick crop, it is necessary to cut all superfluous shoots and suckers. In addition, it is recommended to pinch off the tops of tomatoes on the Central stem (this is usually done on the third brush with the colors). So all the forces of Bush will aim to ensure the growth and ripening of the fruit.
2
To speed up the ripening of tomatoes helps removing immature, but brownish or pinkish fruits. They can ripen in a warm and dry place, and the remaining tomatoes will be better supplied with juices and have time to get in shape.
3
To accelerate the ripening of tomatoes should cease fertilizing with mineral fertilizers and intensive irrigation since the second decade of July. In such tough conditions, the plant starts faster to give a good crop.
4
If on shrubs and fruit of tomatoes appeared the first signs of late blight, they can be treated with saline. This procedure will save the tomatoes, speeding up their maturation. To receive funds, mix 100 grams of large salt per quart of water. This solution treat affected plants. The leaves after spraying will turn yellow and cease to grow, and the fruit covered with a salt film which will protect them from illness and allow to ripen completely.
5
At the St. Petersburg University of food technologies was studied following the method of ripening tomatoes. Green tomatoes that have reached the desired size, made injections of ethanol (plain vodka), 0.5 ml of one fruit. After 10-12 days all the "prick" of the pieces had red or orange color. Studies have confirmed that this procedure did not adversely affect flavor and vitamin content in the fruit, so it can be used as one of the variants of ripening tomatoes in the greenhouse.
Is the advice useful?
See also
Подписывайтесь на наш канал