Methods of increasing yields of tomatoes

Any cottager wants to grow a decent crop of vegetables. So the trouble was not in vain, you need to know methods to increase productivity. 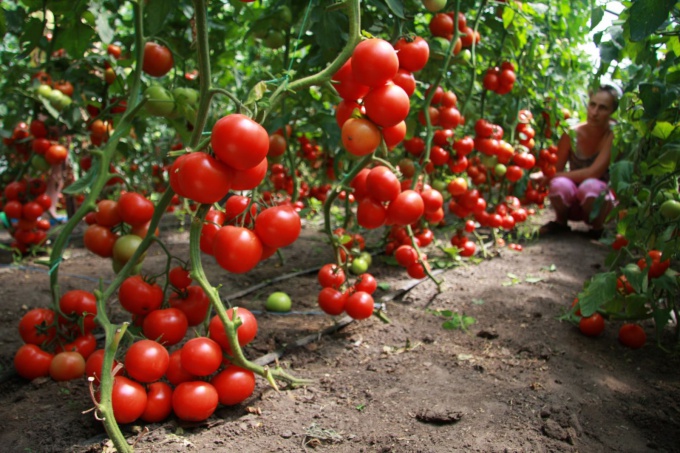 Related articles:
Instruction
1
Tomatoes are the most popular vegetable among gardeners. Planting seeds for seedlings, do not get carried away peaty soil, it is often filled with various chemicals. For tomatoes fits the common garden soil.
2
Pick a crucial moment. As soon as the shoots formed the first true leaves, remove the earth sprout, gently shake the ground, cut a third from the root. New capacity for Rostock prepare a little more than the old was. Pruning is necessary for the formation of a strong root system. Pruning is necessary to carry out 2-3 times during the entire period of seedling growth. After the first pick it can be done without removing the Bush from the pot. To do this with a knife cut the soil up and down.
3
For forming a double stem it is to carry out pinched out the tops. To perform a nipping matter at the moment when there will be a second true leaves. Doing it in this period, the sprout stops its development.
4
Method of division is used in order to increase the number of seedlings. Division is usually carried out before planting in open ground. Bush cut in half, the lower part with roots is planted, it needs to be covered by new shoots. The top dipped into a container of water to get roots.
5
The ovary of the plant important period, formed a future harvest. In addition to feeding should be concerned about pollination. To do this, tap a thin stick in the stem of tomatoes. To make it better in the first half of the day. At the first ovary tapping should stop.
6
Almost all tomato plants grow outwards. Green ground choke the growth of fruits. To avoid this phasingout tomatoes, cut off superfluous shoots. These steps can be done repeatedly during the growth of plants.
7
Method strain the roots hold the cottagers at the end of the summer season. At this time the part of the tomatoes are still green, keep up naturally they will not have time. To accelerate the ripening, slightly pull the Bush up nadorite roots.
Is the advice useful?
See also
Присоединяйтесь к нам
New advices