How to weave a garland of balloons

Air beads have magical properties - they bring joy to both adults and children, and when many of them, the joy has no end. The garland of beads is appropriate for any holiday^ and at a family celebration, a corporate party. 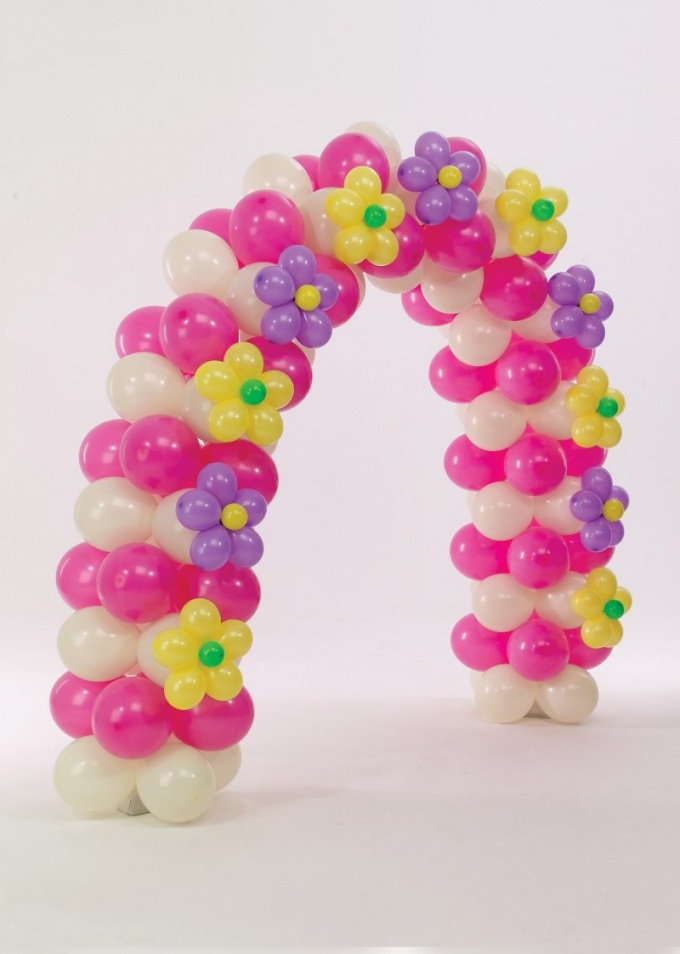 Related articles:
You will need
Instruction
1
Cut the piece of cardboard round hole of this size, what should be balloons in the chain. This cardboard will serve as your stencil, it will be easier to make all balls the same size. Take fishing line or a dense, thin rope, similar to twine, its length should be 3-4 meters more than required.
2
Fasten one end to some fixed support, the second end should do the same, but leaving 50 centimeters free. Pull the rope very tight, otherwise, if it will SAG, then the weave will be uncomfortable, and garland get rough.
3
Inflate a purple balloon, it is better to do it with a pump, but you can just mouth, check the size of the ball on the cardboard pattern, screw tail and tie a knot. Do not inflate the balloon too much, you need a long tail to tie the balloons together and secure them on the line. Besides, soft balls "live" longer than a tightly inflated. Also inflate the second purple bead, fold the tails of the balls criss-cross, twist around one another and tie them together so you get the first purple deuce.
4
Fabricate a second one of the two, align the centers of the tails of both cords crisscross loop with each other so that the balls held tightly. Spread two adjacent ball and put the bundle on the string as close to the beginning of the rope, to the place where it is attached to a support. Installing the bundle in the desired position, two times loop between the balls, between which is passed a rope, this is done in order to firmly secure ligament, so it won't slip.
5
Tie the same four green balls, do not forget to check the size of the balls on the pattern. Put the second bunch next to the first, align both cords as tightly as possible.
6
Be careful to attach the ligament directly to the places where they should be, because if you have to advance along the threads already pinned a bunch of balls material will RUB and damage, the garland will last less than it could. Continue to do the purple and green blocks and fasten them to the rope until until you get a garland of desired length.
Is the advice useful?
See also
Присоединяйтесь к нам
New advices