How is the closed TB

Tuberculosis is an infectious lung disease. When ingested pathogenic bacteria can begin to actively multiply and cause the typical symptoms, or will be in the body for years, could not exercise itself. In the first case develops the open form, and the second is a closed form of tuberculosis. 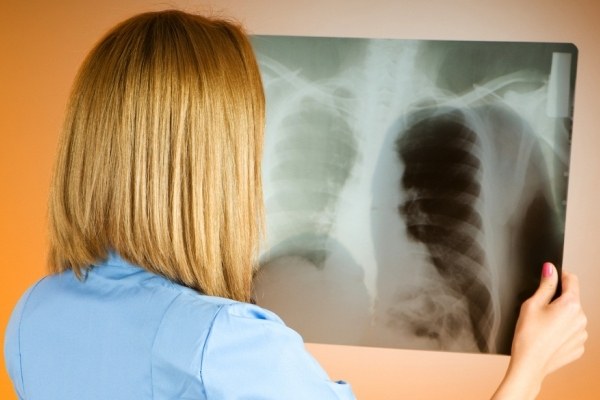 Related articles:
Instruction
1
Closed pulmonary tuberculosis is the most common form of the disease. Mycobacteria infected at least one-third of the population, however, open tuberculosis develops in only 5-10% of them. The rest of the disease can be inactive for all human life and not to cause harm. Signs of closed forms of tuberculosis are absent, is a single positive blood test result for TB or Mantoux test. Radiography does not show changes in the lungs, sputum gives a negative result, patients do not feel ill.
2
The closed form of TB infected airborne droplets and airborne dust by. Mycobacteria are contained in the saliva, sputum, mucus of a patient with open tuberculosis. They stand out when sneezing, coughing, talking, and then enter the body of another person by inhalation. The infection is not in all cases. The most frequently infected small children and people with immunodeficiency. However, most infected develops the closed form, in considerable part, it never flows into the open.
3
The patient is closed to TB is not able to infect others. However, some of the closed switches to open. In this case, at first any symptoms however, a person becomes infectious. The likelihood of developing active TB is increased in smokers and in people a long time in areas with elevated levels of air pollution. Treatment of closed forms of tuberculosis are prescribed only to patients at risk: HIV-infected patients, patients with insulin-dependent diabetes, chronic renal failure, people who abuse alcohol, patients with silicosis.
4
Timely preventive treatment allows to avoid activation of tuberculosis, to prevent the development of numerous complications. As drug therapy using "Isoniazid and/or Rifampicin". To identify the disease at an early stage, you must annually pass fluorographic inspection. Children for TB detection do a Mantoux test. Child care workers, food service, as well as working with people with suspected TB are not allowed to work. To prevent the disease vaccination, which lasts about 5 years.
Is the advice useful?
See also
Присоединяйтесь к нам
New advices