How to find out if I have tuberculosis

Tuberculosis – the disease is quite dangerous, every day in the world, it kills thousands of people. However, this disease is treatable if you detect it at an early stage. The danger lies in the fact that tuberculosis practically does not reveal itself at first, so if any change in health condition should consult a specialist and undergo chest x-rays. 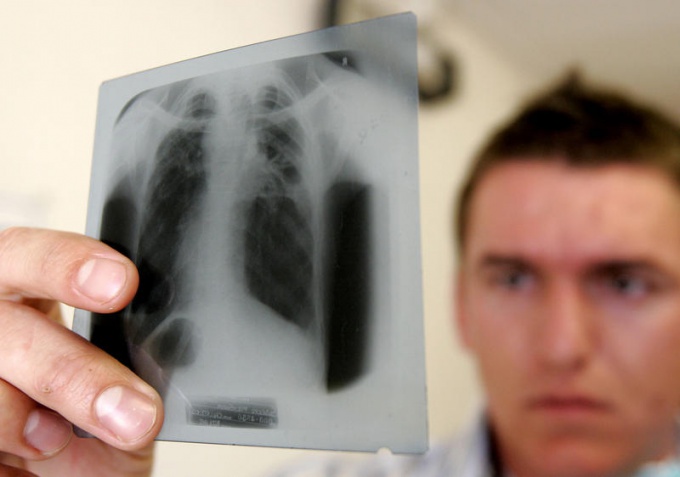 Related articles:
Instruction
1
At the initial stage of the pathogen is not enough that the person has any symptoms. The only signal indicating the resulting disease is a positive result on tuberculin skin test (Mantoux). Usually in childhood they spend annually.
2
The first symptoms of tuberculosis is expressed very weakly. Many people can relate to them as a manifestation of a cold. However, after 2-3 weeks after illness, fever, lethargy, loss of appetite, the person has a severe cough. This may depart sputum streaked with blood. However, cough in some cases may never occur. If the above symptoms persist for three to four weeks, you must consult a doctor to diagnose the disease.
3
Sometimes tuberculosis manifests itself more pronounced. The temperature may rise to 38-39 degrees, there is excessive sweating, especially at night, fever, dry cough, and pain in the chest and under one or both shoulder blades. A sick person feels tired, is pale, may suffer from digestive disorders. But sometimes in such cases people do not seek help from a doctor, citing the flu or bronchitis.
4
However, in the initial stages of tuberculosis signs it usually is not expressed explicitly, which greatly complicates diagnosis. Therefore, as a prevention adults have once a year chest x-ray examination, and if there was contact with the sick person, often. You need to be attentive to the condition of health and at the slightest suspicion for tuberculosis without delay to consult a doctor.
Is the advice useful?
See also
Присоединяйтесь к нам
New advices