What is cystectomy tooth

Cystectomy tooth is a dental surgery, during which removes the cystic formation and damaged part of the root. Tooth cyst most often appears as a result of infection. It is a cavity with serous or purulent contents, surrounded by a dense shell. 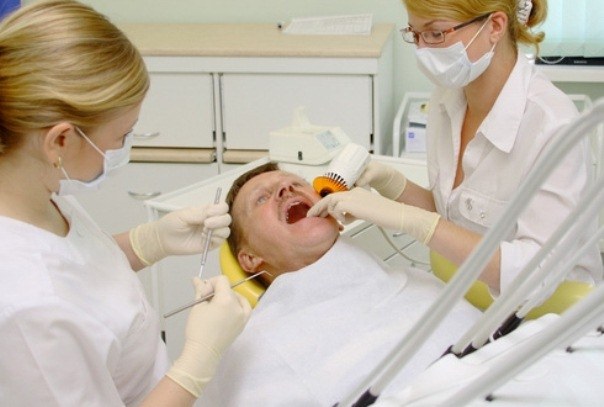 Cystectomy is a surgical procedure in which the shell of the cyst is completely removed, and then the wound is sutured. This surgery is performed in the following cases: when the cyst is malformation of odontogenic epithelium, the cyst has a small size and located in areas of the jaw in the range of 1-2 teeth with extensive cyst of the lower jaw, in which she has no teeth, cyst of large size in the upper jaw does not have teeth in this area, when the cyst is adjacent to the maxillary sinus or pushes her (without symptoms of inflammation of the sinuses).

In the process of surgery includes the removal of education, and, if possible, preservation of adjacent teeth, which was the reason for it. While single-rooted teeth, triggering the development of cysts, sealed, bringing the material over the apex of the root. When placing education close to the neck to save the tooth is not advisable as after resection of the root apex and the balance can not withstand the load and shaken. The multirooted teeth because of the blockage of channels is not possible to keep, and remove. Teeth, which are the reasons for the development subordinada cysts removed in all cases.

How do cystectomy tooth

Cystectomy is performed under infiltration anesthesia and provodnikovym. On the surface of the alveolar process of the jaw with the help of the incision of the mucous membrane to the bone cut out Muco-periosteal flap. It should not reach the edges of the gum by 0,5-0,7 see If you plan on removing the tooth, the incision should pass through the hole. When the location of the cyst close to the neck of the tooth in the flap must be included gingival margin, gingival papillae containing. The size of the flap must be larger cysts. Then mucoperiosteal flap is peeled from the bone. Over the cyst along the perimeter of the future defect holes are drilled. Received bone plate removed, exposing the anterior wall of education.

Peeled the shell of the cyst associated with the root of the causative tooth. To be separated, finally the tip of the root to the bone level. The cyst is removed with the root. After resection of the apical division of the root, scrape the remains of the shell to prevent relapse. This is followed by a revision of the bone cavity, removed the pieces of filling material. Then the flap is laid into place, sutured wound edges. Topically applied a special bandage-"mouse" to limit movements of the cheeks and lips and the creation of peace for the operated area not less than 4-5 days. Patient is prescribed painkillers, conduct anti-inflammatory therapy.
Is the advice useful?
See also
Присоединяйтесь к нам
New advices