Why swollen eyelids during pregnancy

Swelling during pregnancy are quite common. In many cases, they do not give cause for concern, however, there may be signs of kidney or heart failure, and preeclampsia. 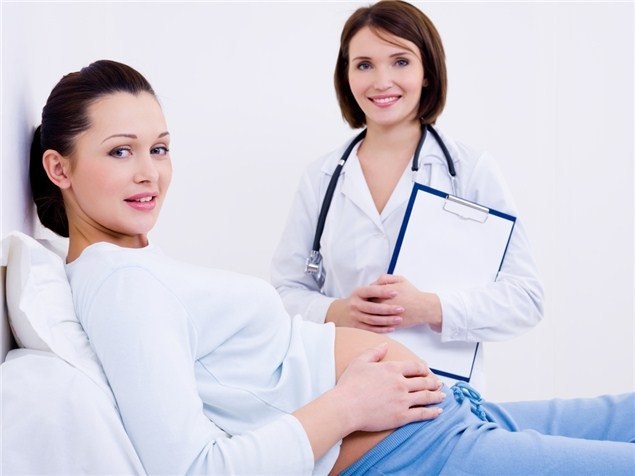 From which there is a physiological oedema of pregnancy

Physiological swelling which is not the result of any pathological processes in the body, can occur because of hormonal changes that accompany pregnancy. The fact that from the first days of pregnancy increased progesterone levels, its main function is to warn the contractile activity of the uterus. As a side effect of this hormone in the body the accumulation of potassium, contributing to fluid retention. This leads to the appearance of physiological edema.

In addition, it increases the total amount of blood circulating in the body of a pregnant woman, which increases the pressure on the walls of blood vessels. For this reason, actively penetrates the blood out of the vessels into the surrounding tissue, which is also one of the causes of edema.

Cause of abnormal swelling can be problems with cardiovascular system or the kidneys. To identify heart failure, doctors look at the size of the liver, because of edema caused by heart disease, primarily increasing the liver and other types of edema this effect does not give. Cause "renal edema (usually affecting the face), as a rule, glomerulonephritis, chronic or acute.

Not less often the cause of pathological edema becomes late toxemia of pregnancy – preeclampsia. In the early stages swollen feet, then waist, abdomen and rump, and only then hands and face. The eyelids swollen particularly hard, as their loose tissue absorb water like a sponge.

By themselves the swelling is rarely dangerous. Needs to get a woman to alert those diseases, which they might signal. In addition, the internal swelling in the abdomen can compress adjacent blood vessels and to cause baby hypoxia.

How to remove puffiness on the face

If we are talking about physiological edema to reduce or remove, it is enough to follow a diet, monitor fluid intake and limit the amount of consumed salt. From fatty, fried, smoked or salty foods should be abandoned. On the recommendation of a doctor, you can use diuretics. However, in the case of late toxicosis, they are contraindicated because the body and so, despite the swelling, suffering from dehydration. For the treatment of pathological edema, depending on their reasons therefor, appointed medications or, in serious situations, a woman placed in a hospital. Moderate exercise, such as walking outdoors can be an excellent prevention of fluid retention.
Is the advice useful?
See also
Присоединяйтесь к нам
New advices