How to get rid of swelling during pregnancy

To get rid of swelling during pregnancy, you should review the usual diet and schedule regular physical activity and do not themselves infringe the fluid intake. If swelling formed in the early stages, you need to see a specialist. 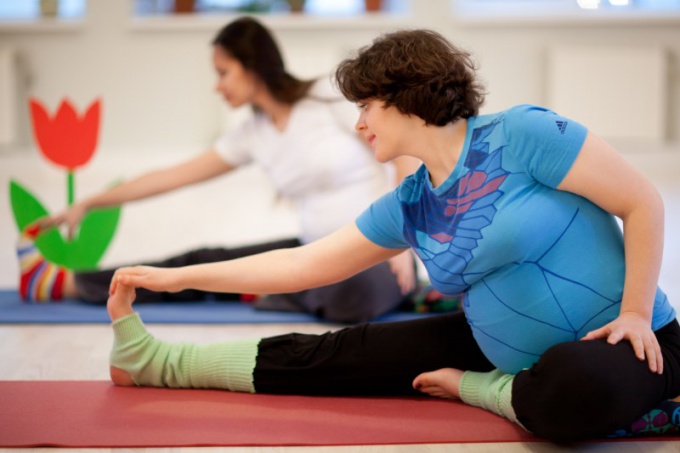 Related articles:
Instruction
1
Swelling is quite common in pregnant women usually observed in the last trimester. It arises as a result of increased pressure in the veins of the legs, excessive accumulation of fluid and sodium in the body, as well as the negative impact of the growing uterus on the pelvic veins. To alleviate the situation, try as much as possible to move swelling a sedentary lifestyle are strictly contraindicated. Do light exercises, preferably morning and evening. Try to reduce to a minimum the time in hot areas, do not go out without the need of house in dining sun.
2
In no case do not limit themselves to the use of water. If the body is not getting the required amount of liquid, it will aim to keep it that considerably aggravate the swelling. A day drink at least 3 liters given the first course, do not overdo carbonated and sweet drinks.
3
Review your diet, your task is to limit the intake of salt. Ideally, the amount should not exceed 1.5 grams per day. If the swelling becomes systematic, consult your doctor about salt-free diet. Don't forget to exclude from your menu of smoked foods, spices and all kinds of spicy food, causing thirst. Be particularly careful with foods rich in sodium, such as salted nuts and olives.
4
Every day lie down for at least 15 minutes with raised legs that the feet are slightly above the hips. Do not sit with folded legs, as this significantly affects blood circulation, which often leads not only to edema but also to the formation of blood clots. Ask someone regularly to do you a foot massage, the maximum effect will be achieved lightly in the direction from the feet to the knees.
5
To relieve swelling, you can use a very popular method of alternative medicine. Apply to the feet is pre-chilled cabbage leaves. When they become warm, remove them and change to a fresh out of the fridge. Cabbage leaves help to extrude excess liquid. A similar effect has tea from dandelion roots. But be careful, during pregnancy it is not recommended to get involved in herbal decoctions.
6
The bath with sea salt helps reduce swelling of feet during pregnancy. It is important that the temperature of the water ranged from 25 to 35 degrees.
Note
Swelling, which appeared during early pregnancy up to 20 weeks, can signal the presence of any hidden disease. In this case, the pregnancy is a "push" to the identification of the disease, which is associated with the increased load on the patient's body. In this regard, the pregnant woman must be carefully examined, paying special attention to the kidneys and heart.
Useful advice
To slightly reduce the swelling, you can use special tights with high waist. To wear them should be in the morning, before the expectant mother will get out of bed. Thus, the blood begins to stagnate in the ankles.
Is the advice useful?
See also
Присоединяйтесь к нам
New advices