How to check a mole on Oncology

Birthmarks are congenital marks on the skin, and alarmed at their presence is not necessarily enough at least once a year to be checked by a dermatologist, which in time will notice the changes and diagnose the disease. Not to wait a whole year until the next inspection, nevi can be examined independently. 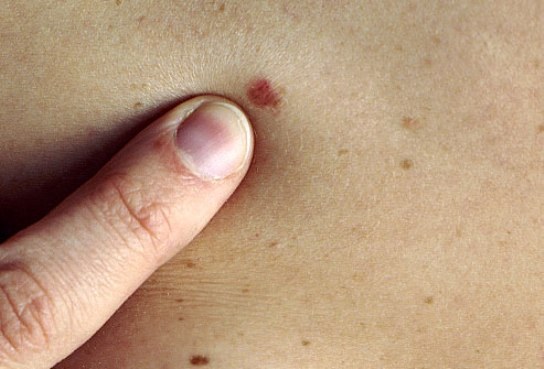 When moles are a threat

The usual brown spots and protrusions on the skin can turn into sinister melanoma if you overdo it with the tan as that from the sun and artificial tanning. This is because the ultraviolet rays act on the tissues of the body and aggressively, damaging cells and creates a favourable environment for the development of cancer. You should also watch for moles that are in areas of high friction: under women's Breasts and in the groin.

The five notes of self-examination

Wrong mole, which can degenerate into cancer, reveals five signs that the original letters are conventionally referred to as ABCDE or Russian word accord. The first of these is asymmetry. Looking at the nevus and if it is difficult to "reach" eyes, you should look in the mirror or take a picture of the problem area through its Central point you need to mentally draw a line. If the picture is on both sides of the symmetrical, all right. The tabs will likely mean an uneven growth.

The second note is a contour – a mole should have a smooth rounded edges. Rugged perimeter – an alarming sign, which should encourage a man to a premature visit to the dermatologist. A bad sign is also uneven coloring. Normal mole is brown, not necessarily one of tone, but the transitions between colors should be clear. The appearance of droplets of contrast that is different from the rest of the colors: black, gray, white, red is a pronounced deviation.

The fourth note is the size, and as individual moles, and their combination. Bad if one of them has a diameter greater than 0.6 cm, and as far from ideal, if the body of a scattering of small spots, as the probability of conversion of one of them increases.

The final symptom is any dynamics: change the size, color, texture, the appearance of blood. If before the nevus was for a long time, "frozen", and now it became noticeable change is a reason to seek medical attention.

Dermatoscopy is a test of the surface of human skin on the probability of degeneration of its individual sections. She holds a doctor using the medical instrument, resembling a magnifying glass, but with much higher magnification and the scale of fixing the sizes and variations. The survey goes directly to the office of a specialist, and if indicated, the doctor will prescribe additional tests, and may make an order to remove mole.
Is the advice useful?
See also
Подписывайтесь на наш канал