How to recognize skin cancer

Melanoma is one of the fleeting forms of cancer, especially in her sick lightkozie people of all ages. It is generally believed that cancer is a disease of the elderly, but in fact it is not. So carry out a routine inspection of the skin regularly not only themselves but also their children. 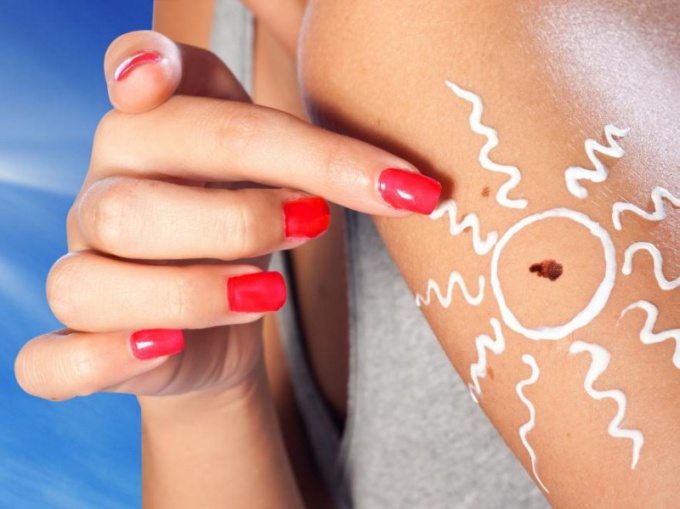 Related articles:
Instruction
1
Most often it all starts with regular moles that gradually changes its cell structure and mutate, reborn in cancer. Carefully watch every mole or pigmented spot on the skin, and if his form suddenly began to change, it is best to consult an oncologist. Moles usually have a diameter of about 6 mm, melanoma is slightly more in size but there are exceptions, so visually in the early stages of illness to distinguish them is very difficult.
2
Inspect the area of skin around the mole. Usually about melanoma noticeably bright red spot that every day is only increasing. When pressed there is pain, the surface of the tumors may bleed or wet. When pressure is applied to melanoma a finger, you can feel the skin seal. With moles this phenomenon usually does not occur, they are not easy to injure.
3
Pay attention to the edges of the moles. Of nevi (benign moles) they are smooth, clear and symmetrical. Melanoma has a smooth shape, one edge may be slightly larger than the other, that should be alerted. Also moles do not grow at all or just increase throughout life, but melanoma is gaining more space before our eyes.
4
If the number of moles suddenly increased dramatically, and they began to rise - immediately go to the doctor. Any modification of the neoplasm - a danger signal that cannot be ignored. Visual inspection by a doctor will help to bring some clarity, but to pass a series of tests and a biopsy you will have. Don't be afraid to go to the hospital, the delay can cost lives. Melanoma in the initial stage is treatable, what can be said about chronic disease. To progress, skin cancer can literally in a matter of days. Be careful!
Note
In some cases, melanoma of the skin appears without changing its color, and there is only redness and seal, which does not go a long period of time.
Is the advice useful?
See also
Подписывайтесь на наш канал