What works for literature study in grade 9

In the school curriculum for the ninth grade is included workswritten at different stages of development. The aim of the course is to lay the foundations for a systematic study of historical-literary process. 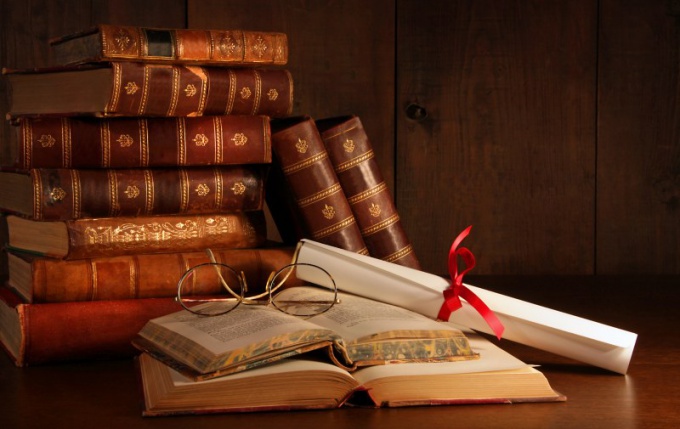 Related articles:
Instruction
1
"The word about Igor's regiment" - a sample of ancient literature. Students usually read the work in poetic translation by z.
2
The works of the classical period: the "Ode on the day of accession to the Russian throne of Her Majesty Empress Elizabeth Petrovna 1747", "Evening meditation on God's Majesty in the case of the great Northern lights" University; "Monument" and "Felitsa" Derzhavin.
3
The text relating to the sentimentalism, "Poor Liza" Karamzin. "Journey from St. Petersburg to Moscow" Radishchev (considered as a product that combines the features of classicism and sentimentalism).
4
Romanticism. Poems and ballads of Zhukovsky ("Svetlana", "Unspeakable", "Sea"). There are variety of other works.
5
The Comedy of Griboyedov "Woe from wit". In the framework of its research students read the article Goncharova "Zillion agony".
6
Works of Pushkin: "Eugene Onegin", "Gypsies", "Mozart and Salieri; the poem "the Village", "Prophet", "To Chaadaev", "I loved you: love still, perhaps...", "To the sea", "On hills of Georgia lies night haze...", "I am a monument erected without hands...".
7
Lermontov. "A hero of our time". Poems "Duma", "the Prophet", "Sail", "death of a Poet", "When worried the yellowing cornfield...".
8
Batyushkov, Koltsov, Baratynsky. Students are invited to choose the work of one of the poets of Pushkin's time.
9
Gogol. "Dead souls". The program can be included and other prose works written in the nineteenth century ("White nights" Dostoevsky, "Youth" thick).
10
The poems of the poets of the middle and second half of the nineteenth century. Lyrics FET, Nekrasov, Tyutchev.
11
Chekhov. "The death of officer", "Longing". Can be chosen other stories. Reading these works completed the acquaintance with the literature of the nineteenth century.
12
Prose of the twentieth century. "Destiny of a man" Sholokhov and "Matryona" Solzhenitsyn. Can recommended reading "heart of a Dog" by Bulgakov and "Dark alleys" (the story) with his foot.
13
Poetry of the twentieth century. Poem Block ("Russia", "About valor, about feats, about glory..."), Esenina ("what a night...", "Goy you, Russ, my dear..."), Akhmatova ("Courage", "Not with those I who threw the earth...").
14
The program provides for the study of creativity one of the writers representing the literature of the peoples of Russia. You may be prompted lyrics of Tatar poet Gabdulla Tukai.
15
Works of foreign authors: the lyrics of Catullus ("No, not one among the women..."), "divine Comedy" of Dante, a poem by Byron ("the Corsair").
Is the advice useful?
Присоединяйтесь к нам
New advices