The history of the story Sholokhov "the Destiny of man"

The story "Fate of man" was first published in the newspaper "Pravda" at the turn of 1956-57 years. Written story by Mikhail Aleksandrovich Sholokhov quickly, literally in a matter of days. However, the idea of the story had matured long ago, about ten years. 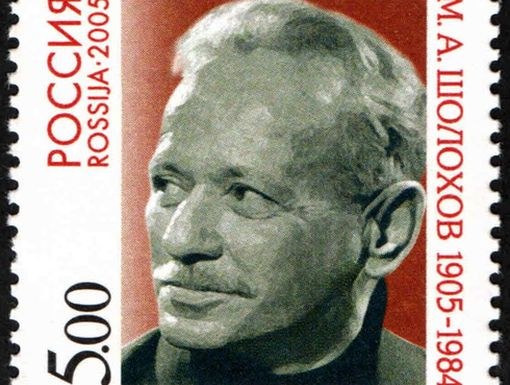 Meeting at the hunt

The history of the short story "Fate of man" told the journalist M.. in the essay "In stanitsa Vyoshenskaya". In particular, the journalist wrote that since the prototype of the hero, Mikhail Aleksandrovich Sholokhov met on the hunt. It was near the village mokhovskogo.

Here Sholokhov came to hunt wild geese and geese. I sat down to rest after hunting in the steppe near the river Elance, the writer saw the man and boy walking to the river crossing. Travelers Sholokhov took over "his brother's chauffeur". In the ensuing casual conversation the traveler told about his fate.

Ten years later, Sholokhov read the stories of Hemingway, Remarque, and other foreign authors. They drew man doomed, powerless. Before the eyes of the writer there again arose the memorable meeting at the river crossing. Long sreoshi idea has gained new momentum. Seven days Sholokhov almost never left the Desk. On the eighth day the story was over.

Feedback on the story

The story "the Destiny of man" was published in the newspaper "Pravda", the numbers from 31 December 1956 and 1 January 1957. Soon he was read on Soviet radio. The text is read by the popular film actor of those years Sergey Lukyanov. The story immediately found the opinion in the hearts of the listeners.

According to the memoirs of writer Yefim permitina, visited Sholokhov in stanitsa Vyoshenskaya, after the broadcast on the radio Desk Sholokhov was literally inundated with letters coming from all over the country. Wrote to him workers and farmers, doctors and teachers, Soviet and foreign writers. Letters came from people, like the protagonist of the story, post-fascist prisoners and from families of soldiers killed in action. Neither the author nor his assistants were not physically able to answer even a tiny fraction of the letters.

Soon Yuri Lukin and Fedor Shahmuradov wrote based on the story "the Destiny of man" screenplay, which was published in "Literaturnaya Gazeta" in November 1957. A film on this scenario was directed by Sergei Bondarchuk, who played it and the main role. The film was released on movie screens in 1959. He collected numerous prizes at domestic and international festivals.
Is the advice useful?
Подписывайтесь на наш канал