What religion is in Russia

In the world, according to experts, there are about 28700 religious movements and cults. But there is no accurate data, no one – not even scientists. They just can't be, because the process of formation and extinction of different beliefs permanently and probably will continue until humanity is alive. Echoes of ancient cults, extant from civilizations that lived long before us are still alive and are practiced by pagans of different countries. And the youngest religion appeared about 150 years ago in Iran. It's called Baha'i. Her followers gradually spread around the world. The followers of this religion in Russia. Although, of course, in Russia prevail two religions: Christianity and Islam. 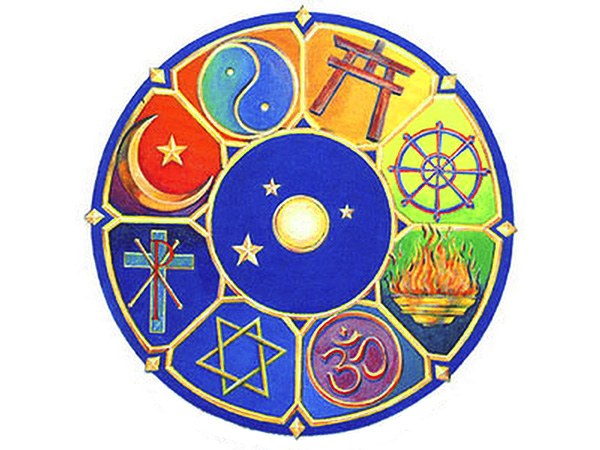 Related articles:
Instruction
1
Christianity is one of the world's many religious groups. According to sociologists in the world by mid-2013, there were approximately 2,355 billion Christians of various denominations.
2
World largest denomination among the Christians is Catholic: more than 1.2 billion people. But, because Russia historically dominated by the Orthodox, Catholics across its territory is home to not more than 400-600 thousand.
3
Orthodoxy is the largest Christian denomination in Russia. About 70% of Russians consider themselves Orthodox. But, according to recent estimates, only 18-20 per cent comply with the canons and reading the New Testament, not to mention the Bible, at times less.
4
The second largest religion professed by the people of Russia – Islam. In recent years, according to a poll conducted by the Levada center, among the Russian citizens there is a tendency of growth of interest and appeal to this religion. Currently, about 20 million Russian citizens call themselves Muslims.
5
Buddhism is one of the most ancient world religions. After Islam it is following by number of adherents among the Russians. 1.5 – 2 million people are members of Buddhist communities.
6
Judaism - the third largest in the world, but not in Russia. In Russia, according to the latest survey of Judaism consider themselves slightly more than 1 million citizens.
7
In addition to these, the most numerous religious sects on the territory of the Russian Federation also has a large number of citizens professing different branches of the dominant religions.
8
For example, among the Christians, besides Orthodox Russian Orthodox Church and the Catholics belong to the Roman Catholic Church, there are also Lutherans, Protestants, Greek Catholics, Armenian-Gregorian, old believers, Uniates, Baptists, and other adherents of the teachings of Christ.
9
Among Muslims in Russia is also home to the citizens, professing the Mohammedan different currents. The most numerous of them is the Sufis and the Salafis, a smaller share count Shia, Sunni.
10
Buddhists are also not United. Basic Buddhist currents are distributed on the territory of Russia: Tibetan Buddhism and Zen.
11
In recent years, in Russia, under the pressure of the return to traditional cultural values, began to revive the ancient Russian pagan cults: the worship of the crush nature of the gods, Perun, Dazhdbog, Stribog, Yarily.
12
Among the resurgent religious pagan cults on the territory of Russia it should also be noted such as: Zoroastrianism, voodoo, shamanism and other.
Is the advice useful?
See also
Присоединяйтесь к нам
New advices