What types of religions there are

Religion from other social phenomena is distinguished by the belief in the supernatural, the presence of a set of spiritual and moral rules of conduct, religious rituals that unite a group of men-followers in different kinds of religious formation – the Church, the sect, current, confession, community, etc. In the modern world, there are over 5,000 religions. 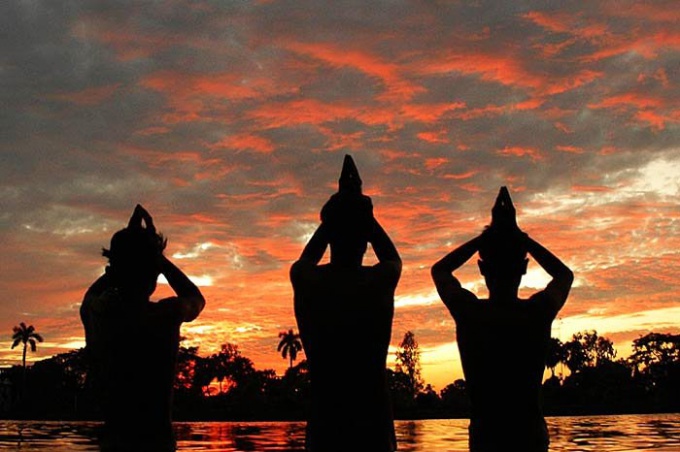 Related articles:
You will need
Instruction
1
The origin of the word "religion," scientists associated with the two the Latin verb religare (to join, to bind, to reunite) and relegere (again, fear). In today's understanding of religio is godliness, piety.
2
In the classification of religions there are several signs. For example, religion can be alive or dead. The religious beliefs of Egypt, ancient Greece and civilization of the ancient Indians are only partly relevant, however, are preserved in myths, legends, and folk tales. Some of them have undergone transformation and have a small number of adherents. Therefore, scientists make a description of these religions in the encyclopedia and the philosophic dictionary.
3
In some parts of the world remain tribal religion, for example, the aborigines of Australia, Africa and Oceania. People belonging to a particular clan, believe in something that protects them and punishes a certain animal or natural phenomenon – a totem. As a totem can act and parts of animals – a turtle's head, eagle feather, etc. Totemism stands out in a separate section the classification of religions.
4
The next symptom in the systematization of religious beliefs and sects is a national-territorial. A striking example is India that created a huge number of religions – Sikhism, Brahmanism, Jainism, Hinduism, etc. In China is Confucianism; Zoroastrianism in Iran.
5
The most numerous followers in the classification list of the world's religions are: Christianity, Judaism, Buddhism, Islam and Hinduism. They are distinguished by the territorial prevalence. For example, Hinduism is considered a world religion, despite the fact that its origins are in India. The Indians settled around the world, are citizens of European countries, America and Eastern countries. In fact, as Jews.
6
Each of the world religions has its own peculiarities. Hinduism has a huge Pantheon of gods and goddesses that are responsible for specific aspects in a person's life. Shiva, for world order (he is the Creator, he and destroyer), Ganesha – for posterity, trade, science and arts, Lakshmi – for prosperity, etc. you cannot be a Hindu in life, they can only be born.
7
Buddhism is the third step of the podium in the popularity of world religions. It originated in India about 600 years before the birth of Christ. Its founder, Prince Siddhartha Gautama attained enlightenment and preached the belief that a person can relieve yourself from the suffering of this world through certain spiritual practices. Made his spiritual feat, the Prince was given the name Buddha which means the enlightened one, attained Nirvana. Nowadays Buddhism has many varieties and is widely distributed throughout Asia, Southeast Asia and the Far East. The adherents of this religion in Russia. Buddhism is professed in good faith, become a Buddhist, everyone can.
8
Islam occupies the second position in popularity in the world. This religion originated about 600 years after the birth of the founder of Christianity, through the prophet Muhammad, who preached faith in one God, Allah. Muslims revere the Christian ancient sacred Scriptures and believe in the myth of the fall of Adam and eve. The Islamists believe that people have fallen into sin and error, and Muhammad was called by God to earth to fix the situation. With the development of society Islam, too, has undergone significant changes, there were the Shiites, Sunnis, etc. and spread around the world.
9
Christianity is the world's monotheistic religions-leader in number of followers, which is based on the myth of Jesus Christ, Son of God, who offered himself as a sacrifice for the sins of men. Christianity professes 2.4 billion. This is the most common religion, however, the heterogeneous and non-monolithic. First, it is divided into Catholicism, Protestantism and Orthodoxy. From Christianity stood and continue to stand out sect: Baptists, Lutherans, seventh day Adventists, Anglicanism, Pentecostalism, etc. Christianity gives believers hope for reunification with God after death, not forgiveness of sins, subject to certain ethical rules – do not kill, do not steal, do not covet, etc.
Note
Any religion helps man in search of meaning of life and our place in this world, because it contains not only the rules and norms of behavior, but also philosophical reflections about the structure and creation of the universe. Unless, of course, this is not a fraudulent cult created for the enrichment of its founders at the expense of the followers. In a cult you can lose not only the property but also health.
Useful advice
Avoid sects that loudly promote yourself or, on the contrary, hiding under the guise of NGOs.
Is the advice useful?
See also
Подписывайтесь на наш канал