The essence of Buddhism

Buddhism is one of the most common and revered in the world of religion. Particularly popular is the doctrine received among the broad masses of the population of East, Southeast and Central Asia. The word "Buddhism" comes from the Sanskrit "Buddha" means "enlightened one." The essence of Buddhism outlined in the noble truths, given to humanity by the Buddha. 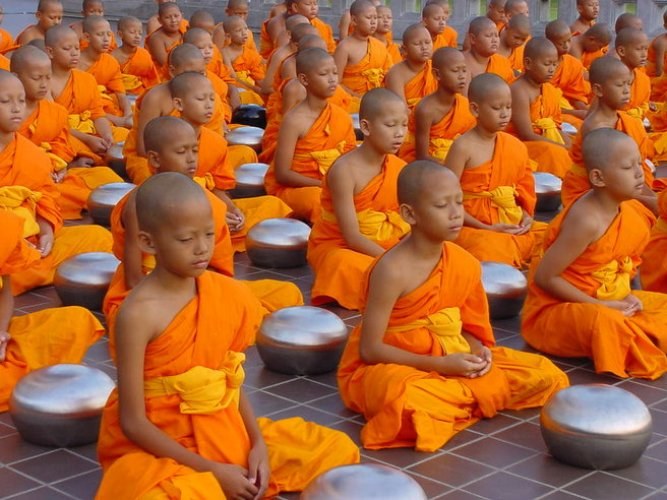 Adherents of Buddhism believe that every person who has attained the highest Holiness, is able to become a Buddha – enlightened. The legend says that after many successive rebirths, the Buddha, following the will of the gods decided to descend to earth and tell the people the true way to salvation. For the latest of his birth, the Buddha chose the Royal family of Gautama, who once lived in the Northern part of India.

Buddha, incarnated in man, knew the real cause of human suffering and found a way of getting rid of him, while Mara, the demon of evil, all the forces trying to prevent it. The Buddha was able to defeat the Mara, after which he delivered his famous sermon, where he presented the foundations of a new religion. Those who listened to the sermons of the Buddha, joined a wandering group of monks and disciples of the enlightened.

Forty years surrounded by disciples went to the Buddha in the villages and cities, preaching his doctrine and performing miracles. The death he met at a very old age.

The essence of the Buddhist creed

The Central position of Buddhism – the idea that existence and suffering are equal and identical. This creed did not reject the idea of the transmigration of souls, adopted Brahmanism, and only made some changes. Buddhists believe that every transformation and in General any kind of life – inevitable and inevitable evil and misfortune.

The highest goal of every Buddhist is the cessation of rebirth and the achievement of complete non-existence called Nirvana.

Not everyone, according to the Buddhists, it is possible to achieve the state of Nirvana in its current rebirth. The path of spiritual recovery can be very long. And each time, embodied in the new creature, man ascends to the supernal wisdom, gradually entering the vicious cycle of life and closing the chain of rebirths.

The most important thing in Buddhism – the knowledge of the essence and the first cause of being, i.e., suffering. Buddhism claims that he knows the only way to salvation, the attainment of nonexistence and the complete cessation of human suffering.

It is believed that the Buddha proclaimed the four noble truths. The main of them says that any existence is suffering. The second asserts that the cause of suffering is inherently in human nature. The third point is that suffering cannot be stopped. The last noble truth consists in pointing out the true way to salvation, consisting in the contemplation and meditation – a kind of immersion in itself.

Sign of identity, which puts Buddhism is between suffering and being, brings the whole picture of the world to a rather hopeless existence where each being is doomed to lifelong suffering and destruction. In this case, any joy only intensifies the attachment to temporal being, and hides in itself a danger to re-enter the path of endless rebirths.
Is the advice useful?
See also
Присоединяйтесь к нам
New advices