Doesn't matter where there was a kitten – maybe he came in under the door or were purchased on the market, or maybe he was just born from my cat and now lives in the warmth and comfort of home. The latter option is preferable, because in this case it is possible to watch from a helpless little animal multiplies a two-month kitten-fidget. They say that a kitten at this age is only a two state or a deep sleep or irrepressible prank. 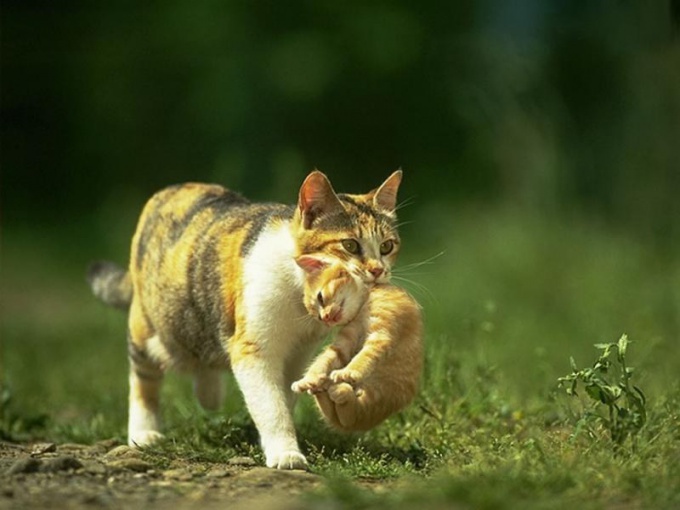 Life is a game

A healthy two month old kitten loves to play with his brothers and sisters. While playing, he learns to communicate with neighbors, sharing food. Play with objects develops coordination of movements, allows the kitten to feel the space around him that is necessary in nature to full-fledged hunting.

The game is an indispensable component for the socialization of the kitten at this age. With the help of her kitten knows the world and develops their physical abilities. This is the best remedy for loneliness in a time when the owners are not home. But only one toy gets old quickly. It's another thing playing with kittens.

In two months the kitten ends the period of socialization, i.e., it meets all that will surround him in later life, which is essential for normal adaptation of the pet. If this time the kitten spends in a boring environment without communicating with people or other dogs, then to fully fill this gap will be impossible.

Kittens begin to learn the basics of hunting at an early age. Already in a month little kitten is trying to take the posture of a hunter, but only six weeks of age he begins to realize that the mother caught the prey you can eat. And with two months the kitten becomes so brave that he is beginning to learn the attack. Pets as its first production first, choose the weakest in the litter and later the tail of the mother, and emboldened, attacking the feet of the master.

Clean the kitten learns the pattern of the mother. Since six weeks of age, kitten can confidently cope with the cat's toilet. First, after the mother-cat, he tries to lick, and then trying to cope with kittens, leaving the "snack" tray. For a two-month kitten in a first litter, you must choose the fine granules. Do not worry that the kitten will try granules the taste - so he meets with a strange substance.

The most interesting and soothing sounds which can reproduce only cats that purr. In cat language it means contentment and humility. The kitten begins to purr with the first feeding, thus expressing their love to mother. First purr baby barely audible, but at the age of two months it fades in and out at particular moments of bliss can recall the rumbling of a small engine. If the two-month kitten purrs when you host, it means that he feels fine and sees his primacy.
Is the advice useful?
See also
Подписывайтесь на наш канал