In thick, plush fur of a kitten certainly want to run the arm. Makes it so dense undercoat. The Constitution itself is different breed of stocky build with a rounded outline. Although kittens and have a short coat, the impression that they are fluffy. 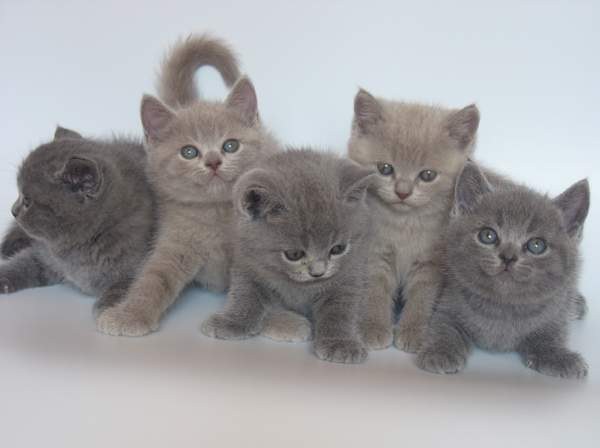 Related articles:
British Shorthair breed of cat the people called simply British. This is a fairly large animal with aristocratic tendencies, and good-natured disposition. Although cats growing up, and took final shape only three years, and cats become sexually Mature not earlier years, have to educate them from an early age. In comparison with other pedigree members of the cat, the British low maintenance, are easily accustomed to the tray, not nasty and not mark the corners of the house, but tend to insist on.

That is able to do the British kitten 1 month

The first lessons presents monthly British mother cat. With its filing, he is already beginning to master the toilet and feed himself, but the lion's share of the nutrients it gets from the mother's milk. Since this species belongs to the "dolgoushin, 4 weeks old baby is still very attached to his mother and the sharp excommunication from the usual way could cost him his life.

Wanting to choose early pet in the house, educated buyers prefer to meet with British kittens at this age, to choose a favorite kitten, but didn't pick it up immediately. The first vaccine is the baby only 2 months, followed by another recovery period. Therefore, the monthly sale of kittens British should at least be alerted.

Really, watch chubby Teddy handsome, clumsily moving on the same thick legs – a pleasure. I must say that the British breed distinguished by the roundness of everything. If the head is round and squat, seated on the same short thick neck. If the tail, powerful at the base and rounded at the end. Eyes perfectly round and widely set. A short coat with dense undercoat finally rounds up the whole "portrait".

When one-month-old British kitten not consistent with this characterization, it is not necessary to yield to the assurances of the owner that he will change. On the contrary, it will change in 3-4 months, turning from a nice fluffy ball in the "ugly duckling". It is a feature of adolescence this breed. But if the Briton in a month and has an elongated slim body, thin tail and high legs, it's forever.

The requirements for coat color and eye color

Some mistakenly believe that the British should have "blue" (smoky gray) color. However, the standard says that this breed of cats has the right to be purple, and chocolate, and black, white and red (red). Considered the rarest silver and gold color with pattern strips. Although the majority of Britons plain, in the months of age the kittens can look through barely visible stripes. It is quite normal and with age they disappear.

If the color of the baby is clear at once, the color of eyes do kittens over the ripening period can change. The final version will be visible only to a year or a little earlier. Maybe you should not philosophize, since all of British adults they will still turn yellow. But this is only at first glance. Experts can distinguish the color of eyes of a kitten and the color of the coat what to expect the color of the eyes in the future. It can be bright blue, green, and orange. However, to give the forecast one-month-old is impossible, because the approximate tone is available only in 4 months.
Is the advice useful?
See also
Присоединяйтесь к нам
New advices