The process of death is highly individual. But despite this, like the process of birth, it has its mechanisms and symptoms, which can accurately predict the approach of death. 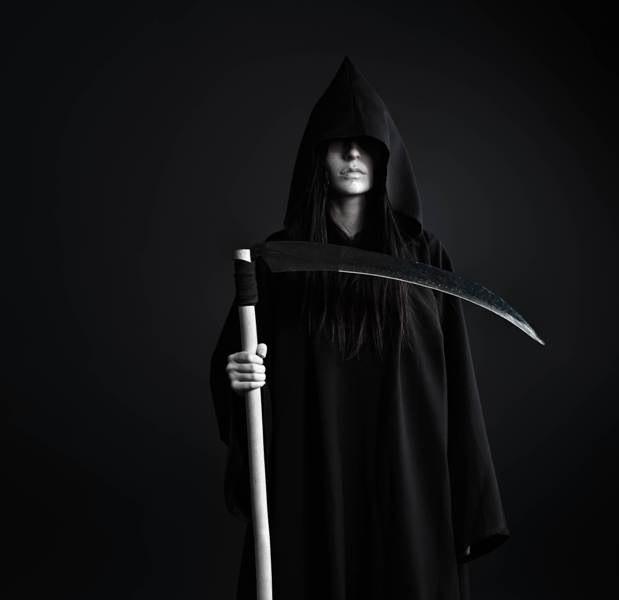 What happens to the dying man. How it is changing and how it looks. What are the signs I can tell that the person dies. Dying becomes drowsy. He practically sleeps all the time, the periods of wakefulness more reduced, the energy gradually fades away. There comes apathy, a person loses interest in life and the world around them.

He loses breath. Disrupted his rhythm, fast and intermittent replaced by full stops. Towards the end there are "death rattles". Breathing becomes noisy as the lungs accumulate fluid, and weakened body brings it out.

Deteriorating appetite. Functions of the urinary system and the gastrointestinal tract are violated. Occurs constipation due process of constipatio (constipation) in the intestine and dark urine due to the increase in its concentration as a result of violation of the filtration function of the kidneys. A dying man refuses to eat and drink, as his metabolism slows and he doesn't need the amount of food and fluid she needed before. In addition, the ability to swallow decreases.

Body temperature also varies. This is due to disruption of the area of the brain that is responsible for the regulation of body temperature. And dying may experience fever, i.e. temperature is too high, alternating with cold extremities and temperature much below normal.

Changes in hearing and vision. People may not see or hear what is happening around the deterioration of vision and darkening of the eyes especially frequent before her death, but begins to notice what you can't see the surrounding. Appear hallucinations visual or auditory. Excitement, hallucinations and unconsciousness, which is replaced by the recovery – the symptoms of so-called "white fever" that often accompanies the dying process.

The skin of a dying pale and covered with yellowish-bluish spots. Particularly strong changes occur in the face and limbs. Change the color of the skin of the face, hands and feet called spotted defeat, and they almost unmistakably indicate the approach of the last hours of human life.

Often before the death of the man "withdraws into himself", confined to his feelings and ceases to react. It is also possible the state of painful excitation, in which the dying all the time seeking somewhere to "go". He is also able to have conversations with long-dead people or to rethink his life, Recalling in detail all the events and reliving them.
Is the advice useful?
See also
Подписывайтесь на наш канал