What games fit under the handlebars

Almost any racing game it is possible to connect special equipment - gaming steering wheel and pedals. With such equipment the player can immerse themselves in the game and feel like a real racer. 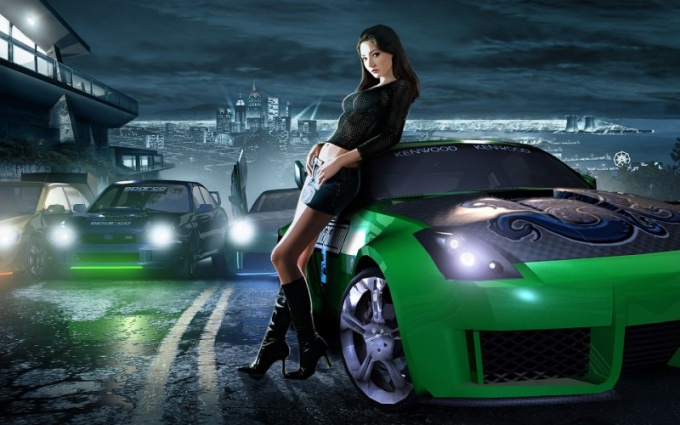 Related articles:
Instruction
1
Test Drive Unlimited (2007) is a racing game from Eden Games. The game has over 100 real prototypes of sports cars and motorcycles. The game world is a Hawaiian island of Ohau, the length of roads which is more than 1000 km In the beginning of the game the user has a house and one car, which can be controlled using a special racing wheel. The player needs to explore new places and participate in various competitions, for the victory which the player receives in-game money. In addition, the game has a customization hero: for the stamps earned for "hitchhiking", the player can buy new clothes.
2
FlatOut 2 is a game developed in the genre of "racing" company Bugbear Entertainment. In this frantic racing game, users must not only finish first, but to try to survive on the road. Every enemy will try to destroy the player's car, pushing him off the road. In addition to the usual career, a player can try their hand in the "tricks" which you need to run the driver in the length, height, to play them in soccer, bowling and many other games. The game was built management using game booster, so each user can completely immersed in the world of racing.
3
Collin McRay Rally series racing game. This series includes such computer games, as Colin McRae, Colin McRae 3, Colin McRae: Dirt 1,2; DiRT 3 and others. The series has received numerous awards and was recognized as the most successful in its genre. Each game has realistic driving physics, dynamic racing and real prototypes racing cars and tracks. If to connect a gaming steering wheel and pedals, the player can feel like a real racing driver, after all, the whole series Collin McRay Rally is one of the most realistic rally simulation.
4
Live For Speed is a car racing simulator. One of the main features of this game – high realism. The physical machines at the height of the details modeled every detail of the car, the car gets damaged, if a key component fails to operate the machine much harder. If the tires are well warmed up – they can burst. The user can easily connect a gaming steering wheel and feel like on the race track. In addition, the game has a network mode in which multiple players compete on the race track. Riders can be fined and disqualified for breaking the rules.
Is the advice useful?
See also
Подписывайтесь на наш канал