How to prove extortion

Extortion (called in other words "racket") is a criminal offence, as expressed in the requirement of the extortioner to give him someone else's property and accompanied by violence or threat of violence against the victim, damage to or destruction of property, as well as threat of disclosure of information that the victim or his close relatives wish to keep secret. Very often the objective side of extortion is limited to only oral conversation between the offender and the victim, during which the attacker formulates his requirements. For this reason, hampered the collection of evidence and especially the evidence, which largely can help the investigating authorities in solving the crime. 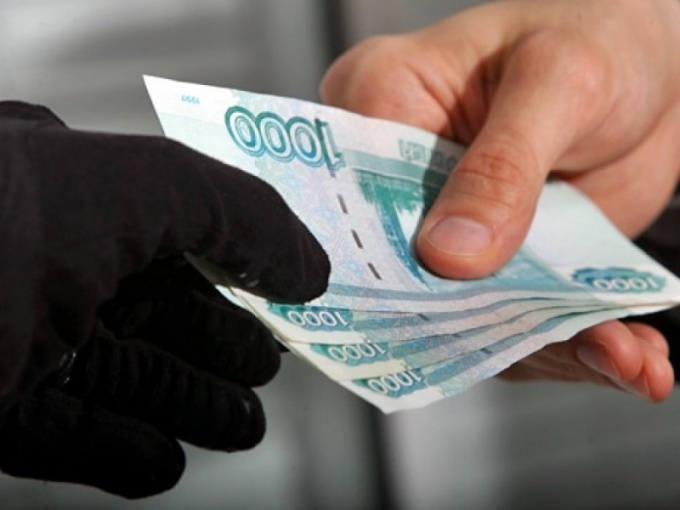 Related articles:
Instruction
1
Once the extortionist has demanded to give him your property, for example, a certain amount of money, don't get discouraged and tell him that you have the necessary amount with you and you will give it later. Do everything you can to the transfer of property did not take place immediately after the announcement of the demands of the attacker or you will be very difficult to prove the fact of extortion.
2
Go to the police station, the investigative Committee or the Prosecutor's office. These are bodies which have the right to initiate criminal proceedings.
3
Write a statement that you had committed unlawful acts, namely the requirement to transfer the property, as well as violence or threat of its application. If you took a beating, demand that law enforcement officers organized an inspection of a health worker at the presence of injuries.
4
When your application will be considered and the investigator opened a criminal case, will begin the stage of carrying out quickly-search actions and investigative actions in which you take an active part.
5
Check with the law enforcement officers time and place of the meeting with the extortioner. Receive their specially marked banknotes or otherwise extorted from you estate, technical means of audio and video recording.
6
Come to the meeting place and tell the attacker claimed their property. During the conversation, behave naturally, do not betray your excitement if you got it. A blackguard may notice this and, realizing that his illegal activity is disclosed, to commit violence against you. Be calm and confident that everything will be fine.
7
Further, investigating officers will make the arrest of the attacker, scans, detection of his tagged property, the removal and inclusion of such property as evidence in a criminal case. Audio and video recording of your meeting, procedural decorated properly, it will become another strong argument in your favor.
8
After the investigation the case will go to court. During the trial, the judge will evaluate the evidence from the standpoint of relevance, admissibility and reliability. If all the proof furnished in accordance with the legal norms of the criminal procedural law and not in doubt from the judge, then rest assured that your abuser convicted and punished to the fullest extent of the law.
Useful advice
Do not attempt to record your meeting with the extortioner on the recorder or hidden video camera. Such entries will be deemed invalid evidence, as carried out by a person who, under the criminal procedure code of the Russian Federation, has no right to perform proceedings on a criminal case. Conducted undercover audio or video recording of the victim using appropriate technical means can be considered legitimate only with the consent of the criminal prosecution bodies or the court.
Is the advice useful?
See also
Присоединяйтесь к нам
New advices